Dungeons & Bombs - dynamic fusion of classic sokoban puzzles and bomberman-inspired games. When enemies drag people into their dark lair and do their vile deeds there, the hero and his faithful sword always come to the rescue. But what if the hero does not have a sword, but a lot of enthusiasm and an endless supply of explosives? Well, bad for them. Go through dark labyrinths and dungeons and try not to blast yourself up.

A thousand years ago, there was a flourished Kingdom in these lands that was already called the ancient. And so the idyll would have continued, if not for the Unholy Union. Under its shadow - tribes of orcs from wild lands, necromancers and undead from chilly crypts, as well as apostate knights from the outskirts of the kingdom. And they decided to kidnap the beacon of the whole kingdom - its Princess, who in all the surrounding lands was famous for her beauty ... and her beard

Under cover of night they stole her from her own bedroom and hid her in the ancient catacombs under the castle. Few would dare to descend under these gloomy vaults, but only one 3Hero was needed to save the Princess. A kleptomaniac and a pyromaniac with an unhealthy craving for explosions, but still the most devoted knight at court - he was sent by the King to find his daughter. Will a brave knight be able to save the Princess or is he destined to perish in darkness among enemies?...

Get ready to meet: 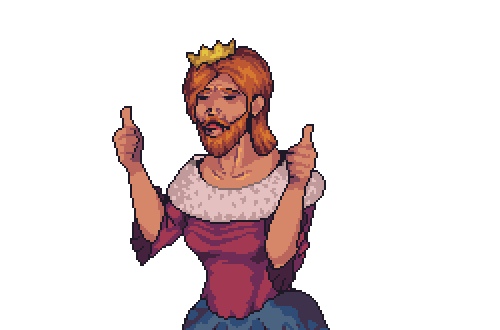