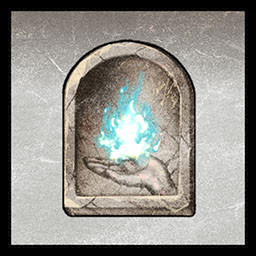 “We want to utilize user feedback to improve the content of this game.
By listening to the opinions of our players and fostering an active discussion, we can raise the quality of the game.”

“Early Access on Steam will begin in May and anticipate it to last for up to a year. We can’t say exactly until when it will end as we want to work closely with our community to help bring this game to life through content review, bug fixes, and balancing. Keeping user feedback in mind, we will also consider extending the Early Access period.”

“For the full launch version, we will add several stages, weapons and playable characters. Also, there will be adjustments made to the game balance as well as other optimizations patches. Users who participate in the Early Access will get a digital art book, original mini soundtrack and Famicom version of “GetsuFumaDen” as bonuses. These won’t be included in the standard edition, but are planned to be included in the digital deluxe edition of the game after launch.”

“While this is an Early Access version of the game, it still has a lot to offer.
・Highly strategic action that focuses on the pacing and timing aspects unique to Japanese martial arts.
・Beautiful and harrowing stages done in a unique Japanese art style.
・Fearsome bosses that are sure to leave an impression waiting for you on each stage.
・A variety of main and sub weapons which can be combined to construct diverse builds.
・Playable in 11 different languages.”

“The standard price won’t change, but users can get the following content if they purchase during Early Access:
・Digital art book *Japanese/English, approximately 30 pages
・Original mini soundtrack *15 tracks
・Famicom version of “GetsuFumaDen” *Available only in Japanese
We also plan to include this content in the digital deluxe edition after launch along with a standard version.
During Early Access, users can purchase the digital deluxe edition at the same price as the standard edition.”

“We will listen to user feedback through the Steam community and apply it to the game. You can check what is being implemented by looking at the roadmap on the official website. We will look out for discussions not only on Steam but also Twitter, Discord, YouTube and Twitch.”

As the chosen leader and guardian of the land of the living, wield the otherworldy arsenal and powers of the Getsu clan as you descend deeper into the depths of Hell to eradicate the source of the cataclysm.

Distinct Ukiyo-e Inspired Visuals
Inspired by the Japanese ukiyo-e art style, the world of GetsuFumaDen is as beautiful as it is deadly.
Vibrant, dynamic 2D animations bring the artistic world to life.

Brutal, Larger than Life Boss Battles
A reanimated demon lord, a colossal centipede, and a five-headed hydra are only some of the myriad massive and fearsome monsters and yokai standing in your way.
Defend yourself against their relentless onslaught and emerge victorious to descend deeper into the depths of Hell.

Dynamic, Weapon-Based Combat.
Master the rythmn of intense sword fighting action: pacing and timings of movements are inspired by Japanese martial arts.
Utilize the unique special moves of a wide range of weapon types including katanas, battle umbrellas and spears to outsmart your enemies.

Authentic Roguelite Action
While death is not the end, the world of Hell lives and breathes, presenting new map layouts and challenges to overcome with each attempt.
Permanent upgrades, customizable weapons, and variable level progression provide new opportunities and challenges for every run.

Immersive Weapon Enhancement System
The crafting process gives you complete control over the ability to collect, enhance and unlock abilities of main and sub weapons.
Unlock enhancements to your favorite weapons at each run, and get back in the action!

Soul Devour Power-Up System
Collect souls during each descent to power up in real time.
Utilize the unique power-up system to dynamically and strategically select enhancements.

GetsuFumaDen: Undying Moon contains adult scenes and theme in certain areas of the game, including blood, violence and killing.