“I want to make this game the best it can be.

I have worked on this game for quite some time.
Thanks to the Discord community's feedback, I believe this game is now playable and fun, ready to be shared with a wider audience.

Nevertheless, the game is still far from done. Kingdom Reborn's unique features such as card system, open world, and multiplayer, open up massive game design possibilities I can't wait to explore.
Up until now, I have worked day and night as a solo developer to get this game far as I can.
Early Access should provide me with the resources to put together a team to speed up the development, and craft Kingdoms Reborn into the best game it can possibly be.
Having a wider audience, also mean more feedback crucial to developing a great game.”

“There is a giant, growing feature wishlist fueled by the Discord community.
The wishlist includes items such as new cards, new buildings, new resources, new open world features, and much more.
During Early Access, many of these suggested features will be added to the game, with the order of addition depending on the community feedback :)”

“We may increase the price once the game is complete.”

“Feel free to leave your feedback in either Steam or Discord :)
https://discord.gg/yG8PfBy”

Kingdoms Reborn is a city builder with simulated citizens, set in a procedurally-generated world map. Grow your kingdom through the eras from a tiny medieval hamlet into a prosperous global empire! Cooperate or compete in real-time with your friends in multiplayer mode.

Early Access warnings!
The game is in (very) active development. Expect your saved games to break once in a while when new patches are released. The game will be continuously optimized and improved!

CHEERS TO THE NEW BEGINNING!

The Great Freeze left civilization in ruins. Few were strong enough to withstand the cold and plague that claimed the earth. Decades have passed since the frost took our lands, and our courage and hope have returned with the melting of the ice. It falls to us, we surviving few, to rebuild a flourishing civilization. 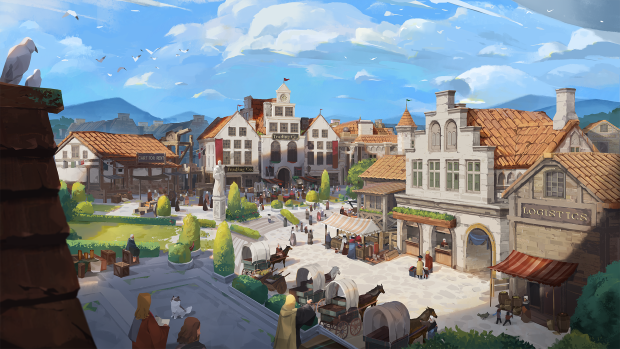