“Even though the game isn't completely finished, we thought it could be a lot of fun at this stage, and the feedback from players will help us finish it to better meet the expectations of horror fans.”

“The game will remain in Early Access until the complete three chapters are finished, which we estimate to be not less than 8 months. It could take longer as we want to improve the game to players satisfying quality.”

“We are currently giving you the middle of the planned three chapters. It's functional, but still not finally polished. In the beginning, we plan to finish all cutscenes in this chapter, add some functionalities, and make changes according to players' suggestions. Then we plan to continue work and add two more chapters with an introduction and two alternative endings.”

“We are now presenting the middle one of three planned chapters. It's not quite ready yet, but it's playable and it's possible to finish the storyline. We hope it will give you some fun already in this form. In the coming weeks, we will try to finish it and give it a complete form.

The game is a horror story presented from a first-person perspective. The player can walk and explore the environment, interact and manipulate objects to move forward, cheat or fight NPCs, but it's not an action game.

Now we have fully implemented:

- 18 detailed rooms and halls of The Mansion to explore, connected with some secret passages
- The graveyard and a lakeshore garden outside The Mansion
- 6 NPSs to deal with
- 6 cutscenes to admire or be scared of
- around 20 more or less complicated puzzles to solve
- 2+ hours of gameplay to solve them all”

“The current price covers 1/3 of the game. We plan to increase the price by a factor of two when the beginning chapter is added and by a factor of three when the whole three the planned chapters are closed.”

“We will carefully read the game Steam forum, and we will consider every player's voice. We'll do our best to improve the game and take interesting ideas into consideration while modifying the scenario.

We are counting on your help and valuable suggestions in this matter.”

What's hiding in Alvin's past? What secrets will you discover traversing The Mansion? ...

The Mansion, a grim yet fascinating building you’re facing, doesn’t exist. Maybe it once existed, but when? And was it just like this? Maybe it simply resembles the existing one or maybe it was only assembled from scraps of memories, both real and those created in books, films, or on old postcards?

The construction in front of us, although looking robust, seems to have been built from the nightmarish memories of a tormented boy. And it stands in the very center of his nightmare.

One rainy day, cold as old bones that no duvet can warm up anymore, there was a faint knocking on the door to your small-town doctor’s office. It was a stranger, a thin young boy with a face prematurely aged by suffering, who was knocking with his last strength. He fell motionless in front of you, mumbling something unintelligible. You carried him to the couch, covered him with a blanket, and bent down to examine him. Then you looked into his eyes that were like bottomless wells and felt that you were falling down straight into his dream.

Now you’re standing in front of The Mansion and you know you’re not leaving until you face the fears and painful memories of this boy. And the monsters from his dreams seem weirdly real to you – perfectly capable of doing you real harm.

Welcome to our nightmare! 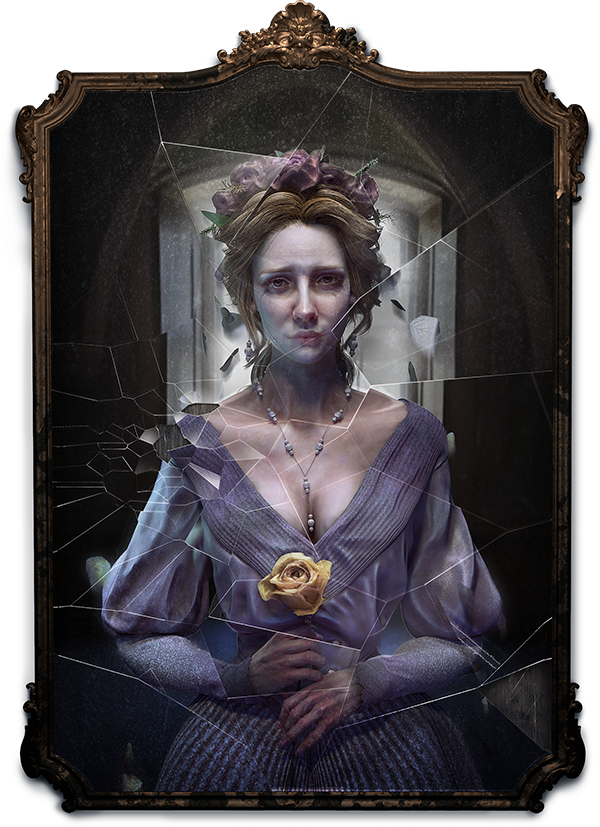 This game is horror with a dark scary atmosphere. Some location settings very suggestively indicate acts of violence took place there. To pass the game you have to interact with a number of NPCs that act violently or even gore.