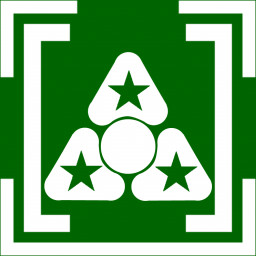 “DISCLAIMER: THIS GAME IS HARD

Cascading Failure is a difficult game as it combines both FPS and RTS genres. This is not a run and gun type of game. We have made a small Gameplay video https://youtu.be/OOQ0LiLwrNw to showcase some of the PvP and what to expect. Streams to follow, we recommend watching these first to see if it is for you.

Cascading Failure is NOT for everyone and only purchase the game if you are ready to expect the below:

We have gotten to the point where we want others to play and enjoy what we have created. We have design many maps, weapons, customizations and missions that we want people to be able to enjoy. We welcome other people to play and voice their suggestions so we can make the best game possible.”

“Our goal is to have enough of an audience that we can finish a full campaign for both of the factions in our game. We would be aiming to be out of early access and in a full release roughly between 12 to 16 months potentially earlier. If the game gets great reception and people would love to see new unplanned content, we would like to adhere to these requests and potentially keep the game in early access for a longer period.”

“A fully playable campaign for both factions. We would also like to see what else we can add to the co-op games modes based on player feedback to provide an even better gameplay experiance.
-> More and more weapons
-> More Army units and specialists
-> Player Armor sets
-> Upgrade tree
-> Mission modes for existing and future maps”

“The core aspects of our game our complete. Multiplayer is fully functional and we encourage co-op play! You can build up your base, expand onto new territory, defend against incoming assaults, push out and raid enemy positions.
There are multiple different maps with completely different environments to experiance, ranging from outposts in jungle areas, small suburban city scapes, alien ruins and jungle, arctic outposts to even desert mining base wastelands.”

“Participating in Early Access will grant the game at a reduced price compared to the definitive version.”

“We will be using our discord: https://discord.gg/3nBCKhH for communicating with our audience as well as the news section in steam and on our website for major updates. We'd like to fix all bugs that players encounter while playing, and based on user feedback we may add new features, weapons and customizations as long as they keep in line with our games vision. We also would want to add, within reason, high demand quality of life features that make the game provide a better experience.”

In Cascading Failure you must lead your troops to victory by establishing bases, controlling resources and amassing an army. Two playable factions are available, each with their own unique weapons and customizations. Both factions also share common technologies, requiring smart decision making when choosing the correct loadouts for you and your army. You must build defensible locations, expand to new resources and advance your presence on many maps, facing different challenges based on the game mode selected.

Cascading Failure is a difficult game where in most scenario's you are NOT expected to be able to solo even small groups of enemies. You will need to make good use of your armour abilities, troops and defenses to be successful.

You play as an on-field commander where you lead your troops into battle by example, in this FPS/RTS hybrid game. Your personal skills are important, but will not win you the match, as you will be unsuccessful in crushing an enemy outpost by yourself. Good troop control, economy management and timings, will determine how good of a commander you really are. Finding the best way to break a defensible location, or setting up the perfect defence while balancing multiple expansions are all aspects you have to manage while also fighting enemy troops in small to large battles.

In the heart of every operation is the need to establish a base of operations. Constructing modular bases, defence turrets and Anti Air Emplacements allow you to setup the most basic infrastructure of a base. You will need to manage your resource income, plan expansions and troop production, so you do not become trapped and over committed on single locations.

Creating a good balance in your own personal loadouts as well as your Army will allow you take on field supremacy. Sometimes balance is not the only path as specialising heavily into a certain technology can have its advantages at different stages of the game. Your on field Army composition will play a huge factor in how you approach fortified locations, or even how you setup defences.

Investing in companies is how you get access to technology produced by that company. The most you invest, the more weapons become available for on field use. Weapon blueprints that are unlocked become available for both your army and yourself. Certain units are restricted to certain types of weapons so creating a good balance of investments is a good starting point when funds are limited.