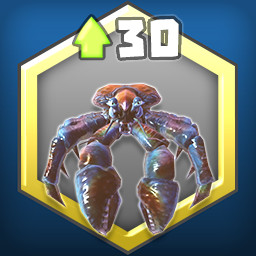 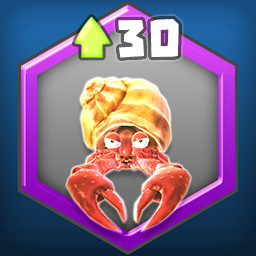 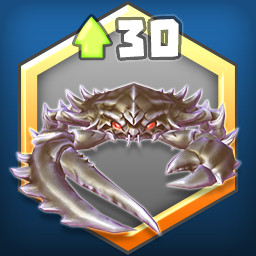 “We want to make sure King of Crabs is ship shape and ready for combat! We know it is a lot of fun (ask the millions of players already enjoying it on other platforms) but we also know you're a discerning bunch and you deserve the best.

We need (and want!) your feedback, as we continue to build upon, update, and balance the game over the coming week and months. We're fully committed to finishing the game and launching it, but without your input, opinions, and feature requests we know it won't be everything it can be! We've built a strong community around the game, and want you to be part of it - making feature requests, pointing out anything that's just plain not fun, so we can fix it!

Not just that, but we'll be adding features, new playable Crabs, NPC's, bosses and tons more (see below) and we need to make sure they're up to the same standard - making the game better in all the ways that only you will know best.

We've approached this project as a ground-up game built for PC, and want to make sure we've really cracked it - only with your help can we make sure the full launch goes buttery smooth!”

“We aim to release King of Crabs around August 2020, assuming everyone's enjoying it!

King of Crabs is really close to being finished, we're just making sure to give everyone the best experience we can!”

“All kinds of great stuff is clawing its way into King of Crabs over the next few weeks and months, including (dates and features could be subject to change):

“It's a full beta, ready to play, and expected to be polished in terms of presentation and feature complete-ness.

We're keen to stress test King of Crabs with more players, push the servers till they fall over, and find any bugs with what we've done to update the game for PC. Let's crack this open like a claw at a seaside crab bake, and get to that tasty meat!”

“King of Crabs will always be free to play! Yay!”

“We are taking suggestions, bugs & feedback in the steam forums of course, but also over at http://discord.gg/spiltmilk - we want to near your ideas for features, weapons, crabs, modes... the lot!”

“King of Crabs is Fortnite with crabs, and you pretty much have to play it.”
EUROGAMER

Fight to become the biggest crab on the island!

Intense real-time multiplayer action. Up to 100 players per game. A huge island world is waiting to be explored and conquered. Join the onslaught: Scrap, scavenge and slaughter your way through waves of crustaceans. Can you become the King of Crabs? Climb to the top of the leader-board to prove you’re the mightiest crab in the land!

Collect a weird and wonderful variety of species of Crabs. Discover advanced skills and collect unique skins. Upgrade and customize them to help you climb the ranks.

Find an array of crazy and deadly weaponry to help skew the odds in your favour. Incredibly detailed 3D graphics, animation and sound make the experience come alive.

Test your worth in the intense PvP game modes.

Look out for new Crabs, skins, maps, special events and games modes in the future.