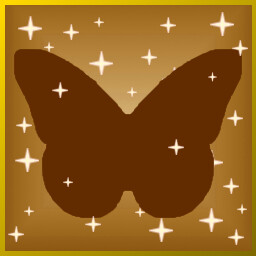 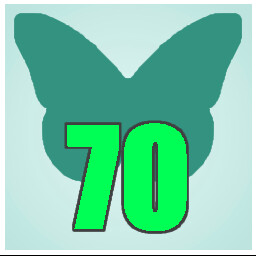 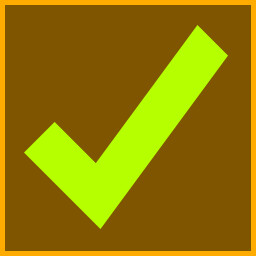 “We wish to receive as much feedback as possible from the community, many of our features will be very expansive, and we are afraid the game will become too complicated or feel gimmicky for our players, if something needs to changed we want to know as soon as possible.
We would prefer to release the entire game by end of 2020, but we are only two brothers working on this game, we don't have the time or resources to make our dream game that quickly.”

“Approximately two years, the 1.0 version of the game should be complete by 2023. (but we will keep developing even after that)”

“The complete version will have all the features listed in the store page description. The Early access will have all we can implement in time, these will be the Early Access features:
*Cooking System
*Farming System
*18 NPCs with simple AI
*Simulated Economy
*Building System”

“By the Early Access release in January 2022 we wish to have a very basic game with Farming, Cooking and interactions with the NPCs, the gameplay will mostly be focused on the NPCs, gaining their trust and respect by cultivating food and helping the town through hard times. There will be more difficulty options for those who prefer to chill without much pressure, here a list of the features that will be up on release.

* Cooking System allows you to make your custom recipes using any viable ingredient for each recipe. Wanna make a banana and strawberry soup? you can! Every single one of the 120+ recipes are extremely flexible. If you find a good combination you can save your custom recipes and even share with other players by exporting it as XML files! And if balancing the different types of tastes, aromas and nutrients is too overwhelming for you, just use the recipe book which comes with sample recipes or import recipes from other players.

* Farming System lets you build your fields anywhere as long as the land is not already owned by someone else. We use a flexible grid system which allows you to make fields in any angle and direction, placing plots close to already existing ones will put them in the same grid. We are planning different crop plot types and shapes allowing for extra freedom when creating your garden. Our special grass system will allow for large flower gardens and wheat fields in custom shapes. We currently have over 20 crops, they can acquire hereditary traits, selecting your seeds to create elite crops will be a core part of the farming gameplay.

* Edengrall Citizens are mostly girls and many of them will be eligible for marriage, at release you can expect 18 characters and more will be added over time, each with their own personality, tastes, responsibilities and tasks. We want to create more realistic and flexible behavior for our NPCs instead of fixed schedules. We are also planning to use artificial intelligence instead of scripted events. Our girls will remember previous events and actions, will comment on your development and will spread information organically by talking to each other.

* Daily activities limited more by stamina than time, instead of following the common one real life second = one ingame minute we will have a much longer day so you don't have to rush, and you can actually relax while playing. Regenerating stamina will require taking naps after eating and balanced meals will be very important to keep Adam working at full capacity, so keep an eye on nutritional value.

* Supply & Demand Economy Prices on good and services will be based on supply and demand. Each NPC will have needs and wants, and their purchases will be based on that. But demand can be created, if you want to sell a specific crop just make a good recipe that uses it and hand out some free samples! Trends and word of mouth will cause prices on all items to change, not just yours.

* Building System The player can buy basic materials from the NPCs and build their own house, place fences around their crops, or sprinklers for auto irrigation, the Early access version of this system will be simplified without a proper support system, later on the type of piece and material which it is made will determine how much weight it can support and building will require planning, right now its quite free flow and easy to build.”

“The base price will remain the same.”

“We will remain open to feedback and suggestions during the entire time, before, during and after Early Access. We will be talking to the community through the Steam forums, our website and our social media,”

You play as Adam, a retired adventurer, despite being an outsider and having no claims in the island, he is invited to live in Edengrall.

* Farming System [IMPLEMENTED] Build your garden anywhere, Crops grow in real time and can have more than one harvestable stage.

* Cooking System [IMPLEMENTED] Cook any combination of ingredients and save custom recipes.

* Building your home [IMPLEMENTED] Build your own house, or a castle if you want.

* Modding Support [IMPLEMENTED] The game comes with a mod loader and a built-in tool for simple mod creation,

* Critter Catching [IMPLEMENTED] Catch and collect small critters, you can use them to decorate your home,

* Edengrall Citizens [18/40 MODELED] We are working hard to create a never seen before AI for the NPC characters, stay tunned!

* Faerie Helpers Raise cute Faeries and have them help with your farm, you can feed them sweets!

* Livestock and Pets are going to be quite basic at first, but we want to expand this feature on later expansions, adding breeding (genes and inherited traits), butchering (meat!!!) and training.

* Fishing, Foraging and Insect Catching will be all be viable alternatives to farming, but nothing will stop you from doing all of those activities as long as you have time and stamina for all of them. While foraging and insect hunting will be quite simple, we have plans for a deeper fishing system.

* Exploring the Island [1% IMPLEMENTED] will be quite time consuming. We are planning a very large world and camping in the wild will be required if you venture too far. Make sure you take enough supplies, as there are survival mechanics in this game and you can die from hunger!

* Daily activities limited more by stamina than time, instead of following the common one real life second = one ingame minute we will have a much longer day so you don't have to rush, and you can actually relax while playing. Regenerating stamina will require taking naps after eating and balanced meals will be very important to keep Adam working at full capacity, so keep an eye on nutritional value.

* Supply & Demand Economy [PARTIALLY IMPLEMENTED] Prices on good and services will be based on supply and demand. Each NPC will have needs and wants, and their purchases will be based on that. But demand can be created, if you want to sell a specific crop just make a good recipe that uses it and hand out some free samples! Trends and word of mouth will cause prices on all items to change, not just yours.

* Festivals of Prosperity will happen on the second and last week of each season, but only if the city has spare resources. If Edengrall does through hard times don't expect a cooking festival or feast in the end of the month. If the NPCs are not managing to get the festivals running you can donate resources and gain more voting power when the citizens are voting which will be the next festival. 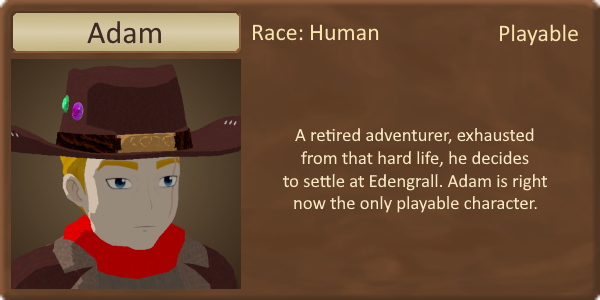 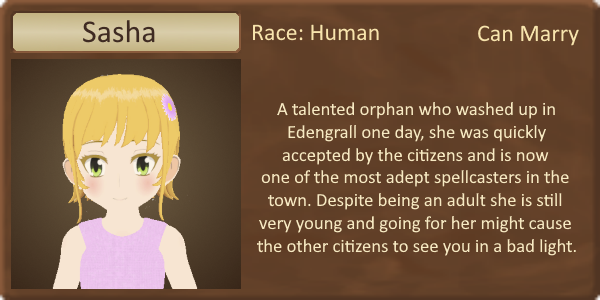 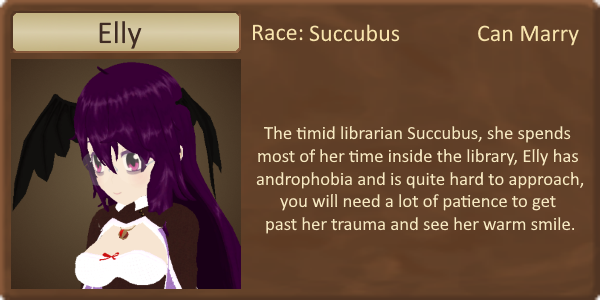 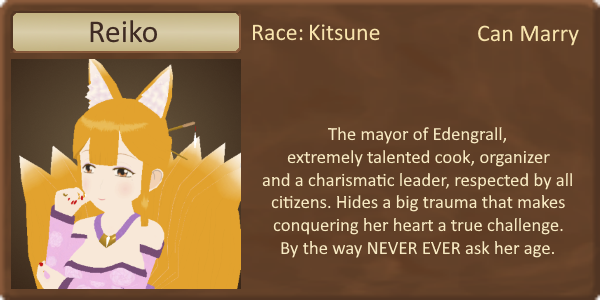 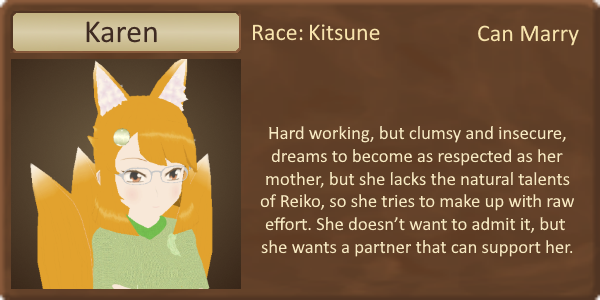 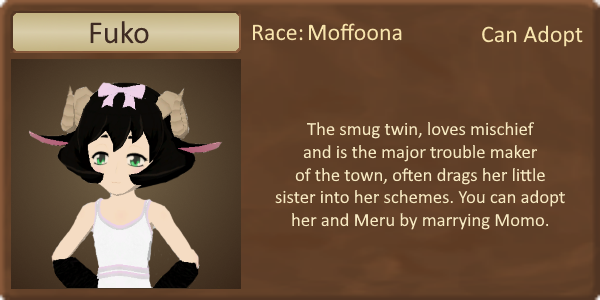 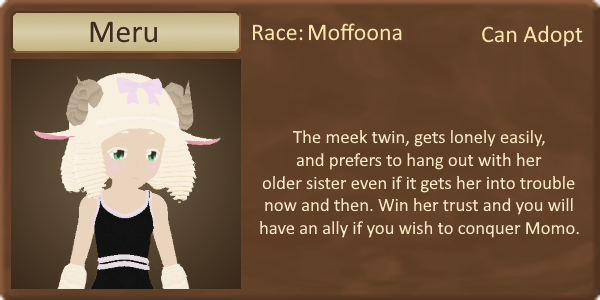 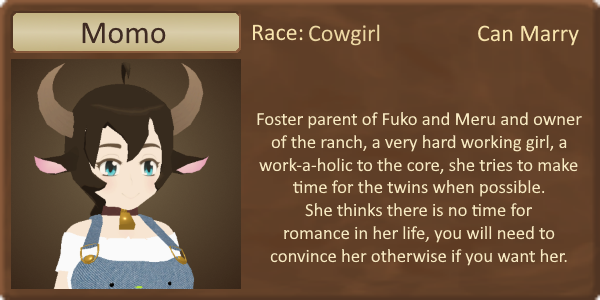 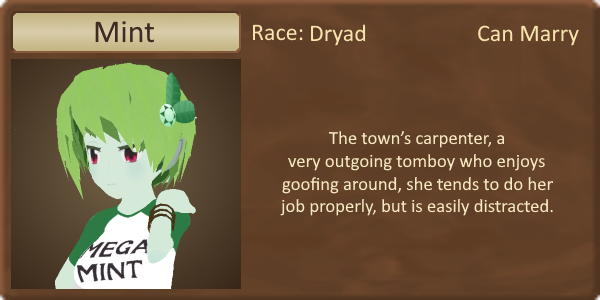 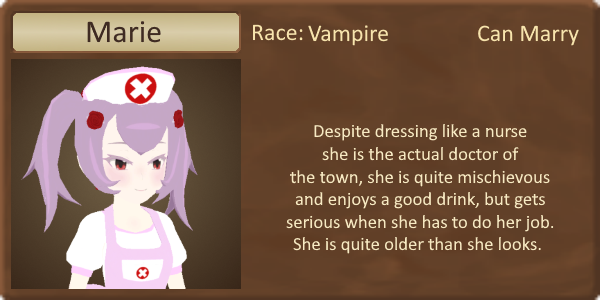 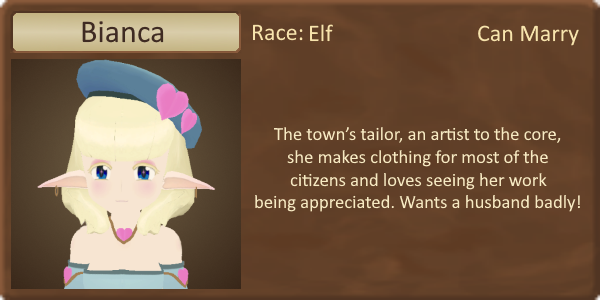 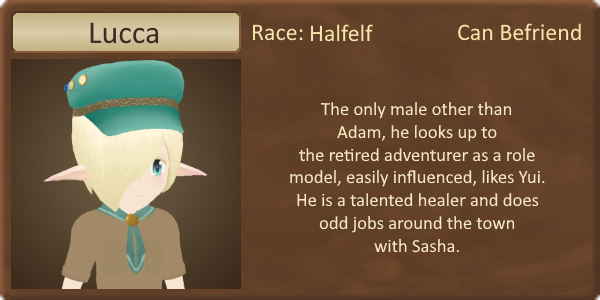 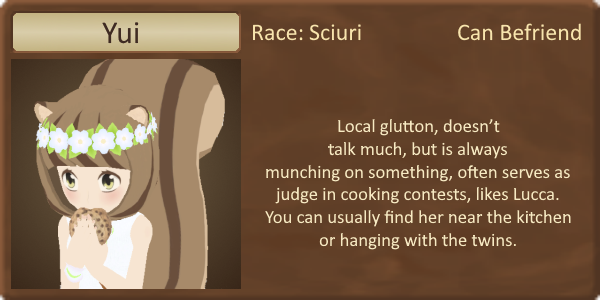 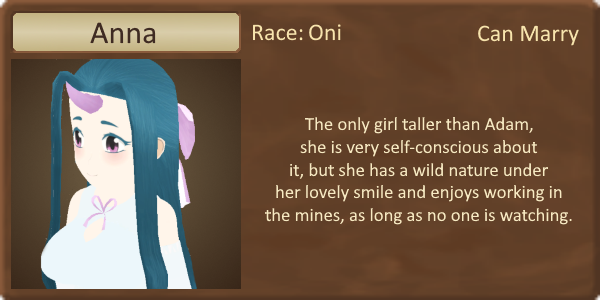 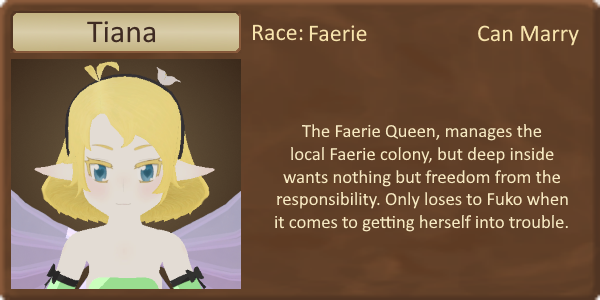 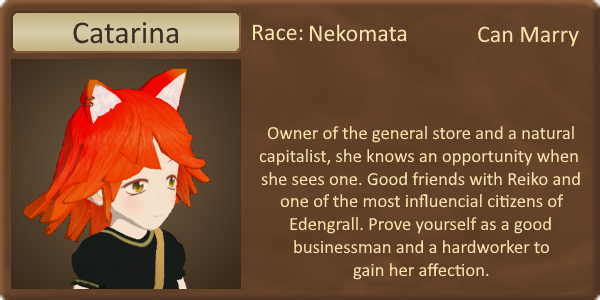 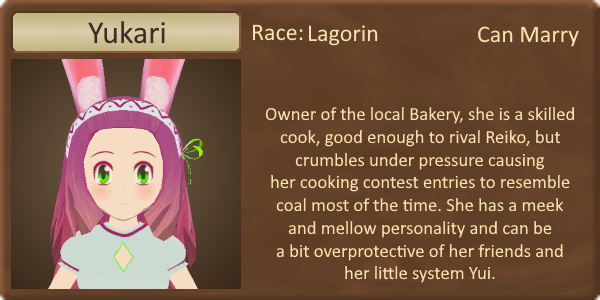 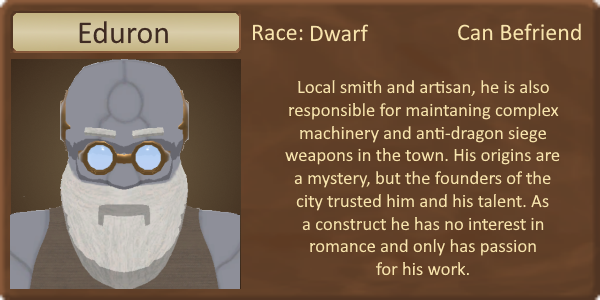 Other features like Alchemy, Combat, Mining and Dungeon diving are planned, but will be released later in expansions.