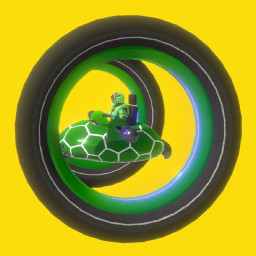 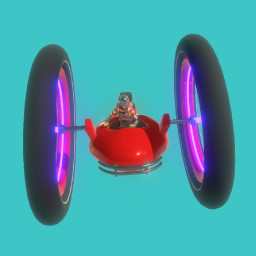 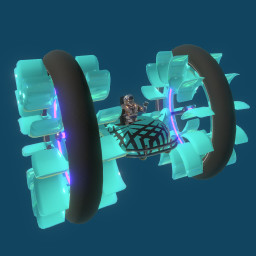 “We launched in Early Access to get a better handle on how comfortable the game was for various players, given its more extreme nature compared to many other VR titles, and to tweak comfort settings to allow the game to player better for a wider variety of VR players. We also implemented additional power-ups, added 2 new stages, and made many adjustments to existing stages, race tracks, match types along the way. We are now at the tail end of Early Access, approaching full release as we believe the game is almost at the point where dropping the "Early Access" tag makes sense. Thanks to all our beta testers and early adopters who have helped us refine the game throughout much of 2020 and we look forward to offering our more polished game to more players in the VR community!”

“We are expecting to leave Early Access very soon (as of this update written January 22, 2021).”

“We are on the home stretch of Early Access and don't expect the game to change substantially between now and launching in full. We are still refining some control settings and expect to add some additional settings before launch, along with many bugfixes and menu improvements.”

“The game is nearly ready to progress beyond Early Access. There are many different control settings and comfort settings to serve many different types of players and there are plenty of match types available in the game to serve different players' needs as well and the application runs quite stable and is reasonably performant.”

“The price will likely stay the same.”

“The community will be involved via the Neon Engine Discord and players are always welcome to report bugs and make suggestions.”
Read more
VR Supported

Pilot a hyperwheel car, 2197's most versatile sport combat vehicle. Race or battle against other drivers in VR, or perform big stunts on the massive quarterpipes of the Xenodome. Take advantage of a large assortment of power-ups, as well as your laser rifle & dedicated launcher, to alter the situation in your favor. Use a plane kit to soar over the daunting HyperCorp Complex, or a boat kit to navigate the long shores of Volcanica Island! 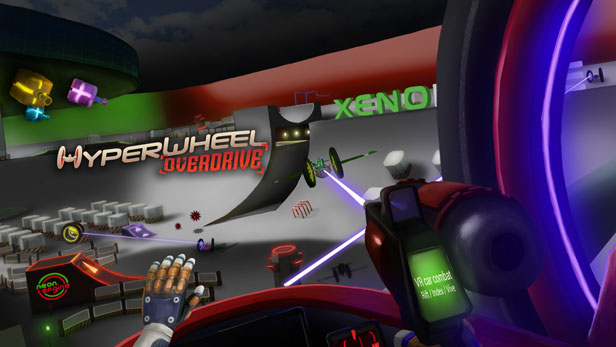 As you play, you'll collect race and challenge trophies, as well as golden rings hidden (or otherwise difficult to reach) throughout the game's 5 stages. These are used to unlock additional game content as you become a more experienced hyperwheeler. Unlock new car decals and driver suit skins, as well as additional stages and race tracks.

Note on Comfort: Though the game is on the more intense side of things in VR, we have gone to great lengths to offer many different ways of experiencing the game including a third-person camera system that makes all first-person rifle and power-up handling continue to work seamlessly, helmet vignettes, comfort cages, and rotation-locked views. There should be enough options present to make the game suitable for most VR players, and there are less intense experiences available in the larger game such as the boat races.