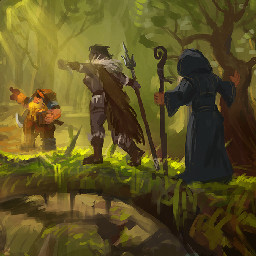 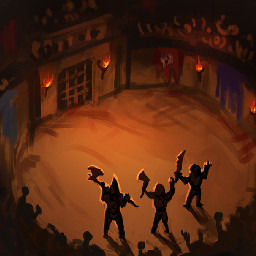 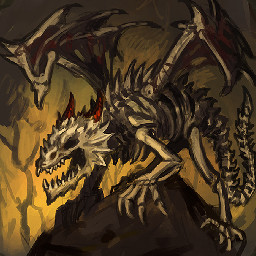 “The game is complex and we need to mold it together with the community. A lot of design choices we made will need to be adjusted based on how players interact with the world. There is also a lot of room for further development (new heroes, cards e.t.c) that can come from community as we head towards the final release.”

“During the course of early access, we are looking to add the following:
New Heroes
New Monsters
More adventure cards in each area
New world areas
More battle maps
More equipment and combat cards
Localization will also happen towards the end of early access”

“The game has almost all it's features and is only missing some heroes and planned areas.”

“Due to the complexity and algorithmic nature of the game we need to constantly adjust the cards and battles and player feedback is key to this. We are also looking for new ideas for more heroes, cards and battles.”

A message from the Elder

“Heed my warning well my friends... A new evil has risen in the far east, a sorcerer and a student of chaos magic has arisen and now looks to the west to use his newly found magic. We must send word to the tribes and gather our best warriors. Some of the magic we will face is new even to me. It will be necessary to call upon some old alliances if we are to make stand against this evil. I will guide you in this journey but much will depend on you.”

Dark Quest: Board game is a role playing game that lets you experience a board game on your computer using cards, dice and miniatures. You start the game at hero camp where you must create your party and then go on journey throughout the world by choosing different areas. Choose each area based on your party’s strengths and weakness, draw adventure cards, roll dice, fight monsters and reach the chaos castle to defeat the sorcerer and his magic.

The ultimate tabletop game, unlike anything you have ever seen before!

Dark Quest
It's a game of your imagination