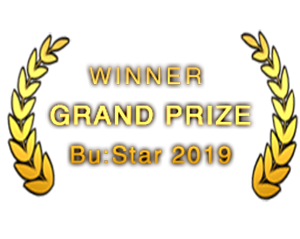 “The answer to this is very simple: to get as much feedback and insight from you as possible.

Currently, we are working hard on the continued development of Metal Unit to make it the best game it can be. Throughout the EA period, we plan on communicating with you as much as possible and also providing constant updates as to the status of the game’s development (i.e. bugs, design, etc.). Your feedback will be invaluable and we look forward to hearing your original ideas to improve Metal Unit.”

“We plan on wrapping up Early Access by the end of Q2 2020 and officially releasing the full version of the game.
During this period, we will adjust and balance the game by improving the existing content and adding new features.”

“There will be a huge difference between the full version and the Early Access version.

The full version of Metal Unit will contain the complete ending, new storylines, and countless additional features. On top of that, there will be achievements, trading cards, and all the in-game contents will be updated.”

“We have implemented a massive amount of contents in the current version of Metal Unit;

“Our main objective for having Early Access is to further strengthen communication channels between you and the development team. Currently, we have official Discord, Facebook, and Twitter pages that are open to all players. We will actively communicate through these channels to receive your feedback and answer any inquiries you may have.”

Metal Unit tells a tragic story of human survivors and their battle against monsters and machines to regain control of their planet.

The Earth is under siege from all directions, with ancient beings emerging from underground and alien machines descending from space. The fate of the planet hangs in the balance, but you can help tilt the odds by playing as Joanna, a new soldier capable of wearing the powerful M-Unit suit. Follow Joanna on her epic journey to save humanity and get revenge on her traitorous sister that has taken up arms with the alien race.