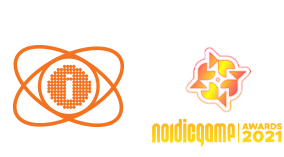 “Teardown is built on novel technology for voxel destruction, physics, and rendering in a proprietary engine. With the endless possibilities granted by this new technology, we find it immensely valuable to get feedback from Early Access customers on what parts of the experience that has the most potential. Help us figure out what mission types we should focus on and suggest new challenges, tools, and environments.”

“We anticipate that Teardown will stay in Early Access throughout Q1 2022, but it ultimately depends on the feedback we get along the way.”

“The Early Access release now contains the whole campaign, playing in eight different environments over about forty missions. There are also sandbox modes for each environment and three challenges per environment. We continually publish updates to the Early Access version during development, gradually moving the game towards its final state.”

“The current state of the Early Access version is stable and very playable, having been enjoyed by hundreds of thousands of players. It contains the complete storyline, a sandbox mode for each environment, three challenges per environment and modding capabilities with a Steam Workshop integration.”

“No. Our current plan is to keep the price the same for the Early Access version and the full release version.”

“Our vision has been to let community feedback guide the development of what environments, tools, vehicles and missions to make. Now that the game is close to finished we are primarily looking for feedback on the existing tools, levels and missions as well as modding capabilities.”
Read more

“The only reason I'm not giving Teardown a Bestest Best is because it's still in Early Access, and I want to wait to see more of what it becomes”
Rock Paper Shotgun

“Teardown Is A Heist Game Where Levels Are Fully Destructible, And It's Fantastic”
Kotaku

Plan the perfect heist using creative problem solving, brute force, and everything around you. Teardown features a fully destructible and truly interactive environment where player freedom and emergent gameplay are the driving mechanics.

Tear down walls with explosives or vehicles to create shortcuts no one thought was possible. Stack objects, build structures, or use floating objects to your advantage. Take your time to create an efficient path through the level, plan the heist and get ready to execute it.

Run, jump, drive, slingshot. Do whatever you need to collect targets, avoid robots or steal whatever your clients ask for. But make sure not to get caught!

Campaign
With your company pressured by increasing debt, you start accepting work from some more or less shady individuals. Soon you are knee-deep in a murky soup of revenge, betrayal, and insurance fraud. Beginning with some more or less legitimate assignments, you soon find yourself stealing cars, demolishing buildings, blowing up safes, avoiding trigger-happy robots and more. Upgrade your expanding arsenal of tools by searching for hidden valuables scattered around the environments.

Sandbox
Play around in the various environments with the tools you have unlocked. In this mode you have unlimited resources and an abundance of vehicles. No pressure, just pleasure.

Challenges
Test your skills in experimental game modes. New challenges unlock as you progress through the campaign.