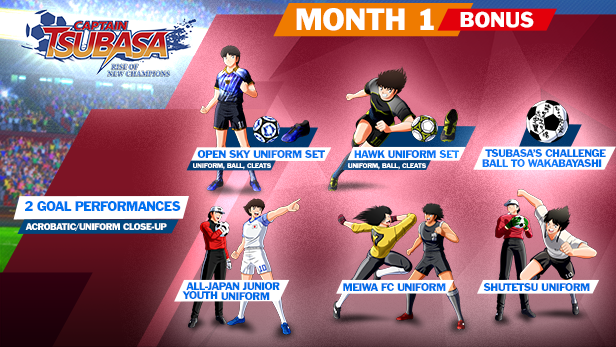 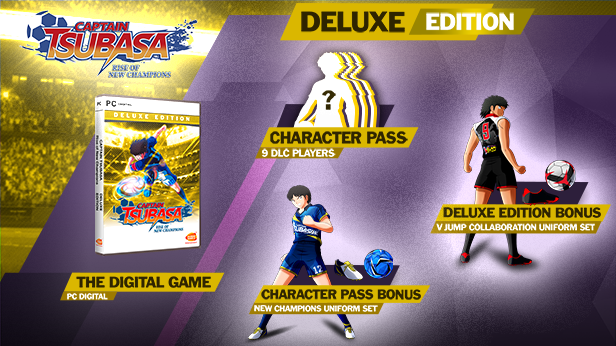 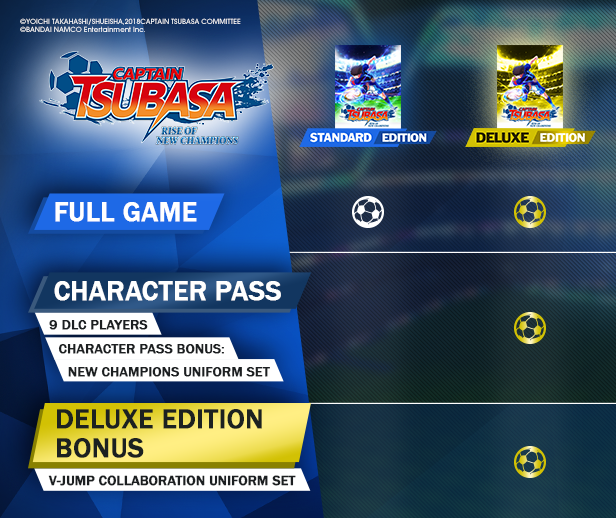 Captain Tsubasa: Rise of New Champions is an arcade football game bringing a refreshing look to the football genre with the exhilarating action and over the top shots.

⚽ BUILD YOUR DREAM ELEVEN
Create your own characters with new skills and abilities, and build your dream team to play offline and online!

⚽ 4 PLAYER VERSUS
Decide who's the football legend amongst your friends with offline versus up to 4 players!

⚽ 2 STORY MODES
Experience the events from the anime or become a part of the world of Captain Tsubasa!