“Early Access lets players participate in development and gives us the opportunity to have different ideas tested by an active community. We want to see how the game is played and use that knowledge to make the experience even better and keep our players in mind at every step of the development cycle.

Will I enjoy Battle Life Online?
I cannot say with certainty. Tastes are different.
It is first and foremost a multiplayer game. If you personally do not like 3D open world multiplayer games and prefer single player, Battle Life Online will probably not be your thing.
However, you can also play Battle Life Online "alone". It is not necessary to cooperate with other players (example: grouping). Though it makes it much easier to achieve something and be successful.
As a loner you can also achieve something, but it is just more challenging / tougher. On the other hand, if you win an event, your earnings are higher, and you would not have to share with other group members.”

“The Early Access phase is estimated to last until 2024.”

“Battle Life Online will not have all the planned features in the Early Access phase that will later be available in the full version.

The basic gameplay of Battle Life Online resembles many different genres like FPS, Third-Person Shooter, Survival, Life Sim (light), Player-RP. However, the focus here is, of course, on our own experiences and ideas.
Here are a few key points:
- Dynamic open world PvP-system.
- Faction system.
- Interact with other players on a game server (talk / write / trade).
- Team up with other players.
- Collect, process, and sell raw materials.
- Upgrade system.
- Earn fictional money in different ways to get your player character what he needs. Such as food, drink, clothes, equipment, vehicles, weapons, and upgrades to improve various attributes.
- Special open world event system. Here the player can participate in these events alone or with other players to loot fictional USD + valuable / rare items and strategically capture and own important points in the Open World.

“Battle Life Online is already in the advanced development stages, as you can see.
The core is in place (gameplay basic functions / back-end infrastructure (global database / game servers / etc...) / playable 3D open world).
In general, the project must still reach quality standards to be ready for Early Access.”

“The price in Early Access is lower than the price for the full version.”

“Players will be able to report bugs, suggestions and general ideas via a feedback system (in-game).”

With the option as a player to choose one of 4 factions (Civilian / Cop / Rebel / Tech), with different clothing, vehicles, weapons, special abilities and options.

All this in a freely drivable and walkable Open-World with different climates.

- Explore the +64km² island, which is divided into 4 different climate zones. With its lush meadows, dense forests, vast desert, or hot tropics, there is a lot to do and discover while interracting simultaneously withother real players.

- For this, you get many different vehicles at your disposal, to get fast and "safe?", from A to B, to attain your objectives.

- Go your way as an outlaw or take part in adventures and events together with your friends in a group.

- Experience a unique and dynamic open world PvP-system, which leads to tense situations.

Are you a helpful savior of those in need?
Or the rebel who knows no mercy?
It's up to you. 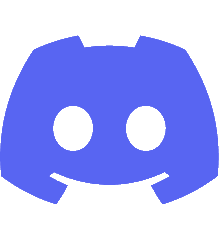 Copyright © All rights reserved to the respective official rights holder according to country jurisdiction.