“We believe an Early Access ecosystem is the best way to gather community feedback directly and quickly iterate on new content. This cycle of feedback implementation will leverage the team to bring the best game possible.”

“From 6 months to a year. We might change this timeframe in the feature according to community engagement.”

“All our core mechanics are up and running (although items are still a bit bleak), we have:
”

“We have set up a Discord server for direct feedback, but the King has eyes on Steam’s Community Tab, Reddit, the studio’s e-mail (shakespearean letters only), and YouTube… He has eyes everywhere! We are open to all feedback from players and content creators, we welcome you to join the community!”
Read more

*** ATTENTION! ***
Localization efforts are being made, please be patient while we add new languages. 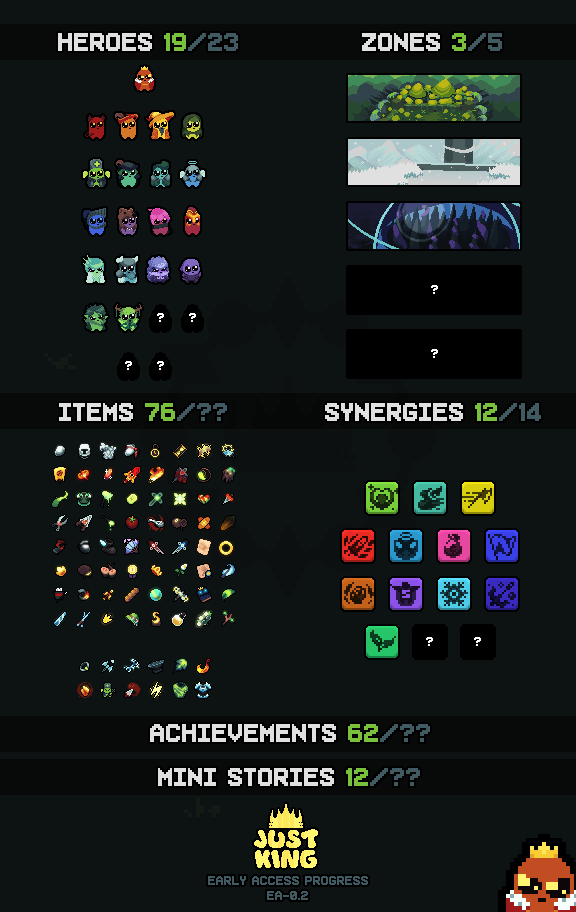