“I can almost guarantee it is a change of pace from any game you've played recently - or maybe ever?”
Indie Game Pulse

“Once you start playing Speed Limit, you do not want to stop”
10/10 – Gaming Route

Another really cool news from Gamechuck! 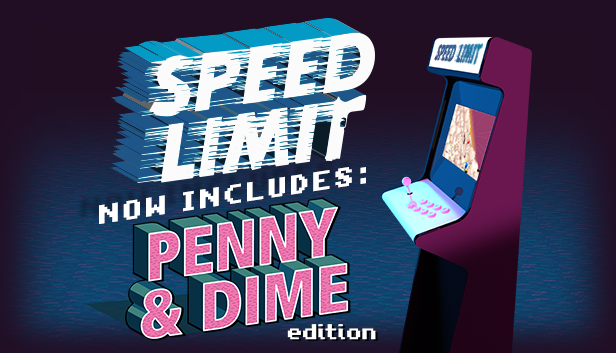 We have just released our second update for Speed Limit that features a brand-new Kiosk Mode, which is a faithful recreation of the arcade cabinet user experience, featuring integration with coin-operated arcade cabinets and their custom control boards.

Also, if you're curious why there are two coin configurations, it's because some arcade machines used to have multiple coin slots! So, you could set how many coins each one took and how much credit it gave you after you gave it enough coins.

Additionally, you launch the Penny & Dime update via the Steam launcher (when you click on "Play") 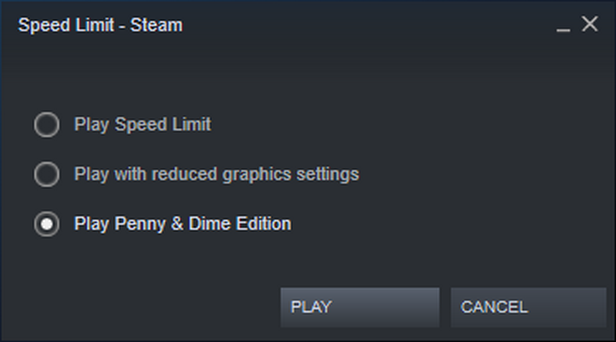 Speed Limit is a non-stop genre-warping arcade experience that never slows down. No cuts, no lapses in the chaos, Speed Limit is an old-school action extravaganza boiled down to its core elements: Hard. Fast. Addictive.

As soon as you think you've learned how the game works, it changes to a completely different genre, taking you through the history of the golden arcade era.

Fight through a nail-biting side-scrolling shooter, race to the finish in an explosive top-down car chase, take flight in a thrilling fake-3D dogfight, and expect the unexpected. Speed Limit seamlessly changes styles, transforms the gameplay, and offers new challenges the moment you feel comfortable.

And you will die. A lot.

There is cartoonish pixel-art blood and gore.