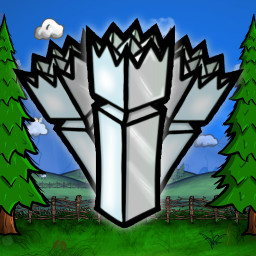 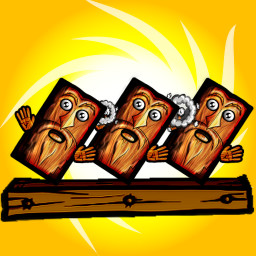 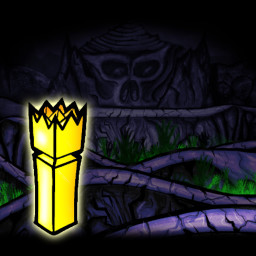 A throwing physics challenge that's tricky to master, set in a bizarre Viking universe. Play kubb for laughs in ridiculous 2 player (shared device or online), or for gold and to unlock all achievements in 1 player, with more than 100 levels!

Based on the real Viking game of kubb, taken to the extreme. Encounter various worlds and play with various characters from Viking mythology.

The rules are deceptively simple: throw batons to knock over your kubbs (logs) while trying to avoid theirs, and finally take out the king to win! But knock over the king too early, and it's game over.

The free BASE GAME includes more than 50 levels (combined 1 and 2 player) with the two core batons, and unlimited online multiplayer. A one-off in-app purchase for the FULL GAME will allow you to unlock all remaining content and mechanics, including any future updates.

TIPS:
- The controls are a little tricky! Don't worry if you don't get 'em immediately - it won't take long
- 2 player is best enjoyed for the lols. See a potentially crazy shot? DO IT
- You can play 1 player while searching for someone to play with online
- Don't go for gold straight away when you start 1 player. Fly through bronze first to unlock everything, then come back for gold
- Some gold levels are much harder than others. If stuck, skip and come back later
- You can tune the game's difficulty (both ways) in the Accessibility settings
- Online multiplayer features cross-play between iOS/Android/Steam versions of Viking Trickshot (players must be on the same game update/version)

We know people work hard for their money and only want you to spend it on us if you know you really like the game, which is why we've opted for this free base game + premium full game model: so you can play the real game with more than 2 hours of content and unlimited online multiplayer, hopefully love it, and then decide to buy it - or if you don't love it, you can part ways without having wasted any money.

Note that buying the full game doesn't immediately provide access to all content: you'll still need play the game to unlock them by progressing through the single player mode!

Chat with the devs, share crazy trickshots and check out what other projects are in the works at the Doodad Games Discord server!