Reforged Tower Defense is a genre mix of tower defense and RPG where you can choose from a variety of skills, towers and units. You can decide whether you want to play a round with your friends or force the rankings.
All Reviews:
No user reviews
Release Date:
Developer:
Sascha Klenk
Publisher:
Sascha Klenk
Popular user-defined tags for this product:
Strategy Indie Casual Adventure Early Access Multiplayer Tower Defense
+

“Behind REFORGED TD there is no big development studio like most games here on Steam. REFORGED TD was developed by me alone. It's also my first major release on a major platform. In order to gain experience, the game will be released in Early Access.

Furthermore, I would like to involve the community in the final development of the game through receiving of their feedback. Early Access players are essential in shaping the future of REFORGED TD.”

“As already mentioned, the Early Access Status is intended to help to gain experience, especially when a game is released. Therefore, the finished version of the game should not differ much from the Early Access version.

I expect the game to be in the early access phase for about 6 months.

Nevertheless, I want to continue the development of the game after the Early Access phase.”

“It is planned that REFORGED TD will receive weekly updates during the early access phase. I hope to improve the game for years to come. The following enhancements are planned for the Early Access Phase:
”

“The following content includes REFORGED TD in its current status:

The game is already in a very advanced state. Probably further than many other titles in early access. Nevertheless, I can't promise at this point that the game will work flawlessly.”

“The price will be raised slightly after publication.”

“f you have any questions, feedback or technical problems with the game, feel free to contact me on the REFORGED TD Discord channel. I will do my best to answer as soon as possible and offer assistance if necessary. I would also be happy to hear from you if you just had a good time with REFORGED TD. After all, this is the goal of the game.”

Are you up for a tower defense with RPG elements, like a skill tree and a level system? Are you looking for a game with unique units that have individual abilities and are balanced according to the scissors-stone-paper principle? Then REFORGED TD might be just right for you.

Some information about the developers:

If you have questions, feedback or technical problems with the game, feel free to contact me at any time. I will do my best to answer as soon as possible and offer assistance if necessary. I would also be happy to hear from you if you just had a good time with REFORGED TD. After all, this is the goal of the game. 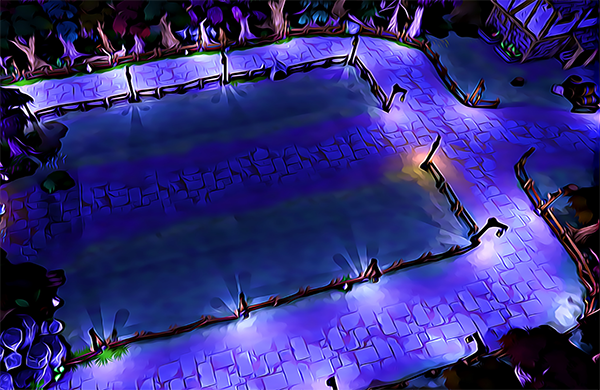