“We’ve been conceptualizing and developing Phageborn for around 4 years now, and the fact that the game is almost finished is downright thrilling.
We are very much looking for feedback from fans of this genre to help guide us through the finishing touches in Early Access, so that we can make Phageborn as close to perfect as possible for the full commercial launch.”

“The Early Access version of the game will have both 1v1 and 2v2 mode, a lot of Avatars, cards and other unlockable content.
Early access will feature 3 different factions.
In the full version, beside adding two more factions (for starters), which will automatically include more new avatars and cards, you'll be able to purchase more cosmetic items like skin sets, foil cards, animated battlegrounds, etc
If you get tired of playing with another players, you'll be thrilled to see that there is a very rich singleplayer campaign for you to enjoy.”

“All the features listed in the "About This" section are already implemented.
Refer to this section for details.”

“We plan to raise the price only for the full release of the game.”

“We'll gather the feedback via our social media sites where our fans regularly discuss Phageborn content (facebook, reddit, discord, ...) and listen to their wishes, complaints, ideas and try to see what will work best.”

Welcome to the dark, unforgiving world of Phageborn!
Phageborn is an upcoming Online Card Game set in an immersive dark-fantasy world with powerful avatars, dual resource system, fast-paced solo or team battles and many new features!

Assume the role of one of the game’s many avatars - powerful, restless leaders in charge of lethal units and destructive spells - in a deep, strategic game that combines traditional card game mechanics with MOBA elements.
Show the world your devotion to a certain avatar or faction with special, unique cosmetics.

You don’t have to face the darkness of the world alone - seek the help of a friend, or meet a new one, and face your foes together in 2v2 versions of PvP modes. 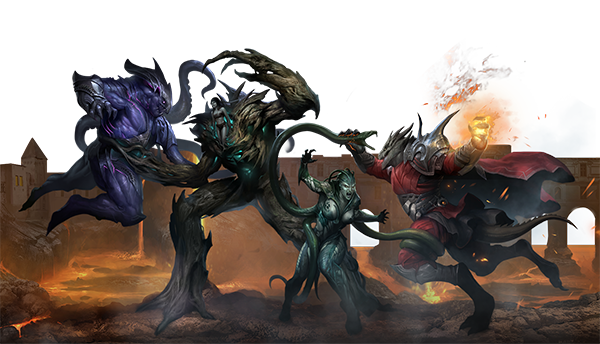 With hundreds of additional cards to acquire, you can keep exploring new strategies and combinations or optimize your favorite decks. 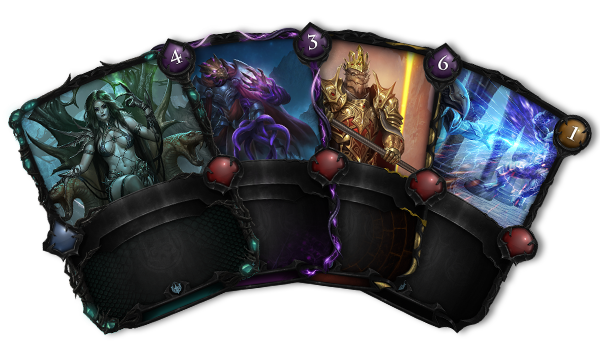 Phageborn offers multiple game modes for engaging other players, such as ranked, casual, and custom. Whether you wish to test out a new strategy, hone your skills, or just want some plain fun, you can find a mode to enjoy the game your way.