My Beautiful Paper Smile is a horror game about a child who is raised in a facility to wear a smile forever. In the facility, he and his friend are tested daily to make sure their smile doesn’t fade into sadness. Dodge, run and survive your way through this dark adventure.
All Reviews:
Very Positive (61) - 96% of the 61 user reviews for this game are positive.
Release Date:
Developer:
Two Star Games
Publisher:
V Publishing
Popular user-defined tags for this product:
Psychological Horror Horror Hand-drawn Story Rich Puzzle Dystopian Point & Click Hidden Object 2D Action Surreal Dark Fantasy Atmospheric Psychological Adventure Indie Dark Singleplayer Early Access Puzzle Platformer
+ 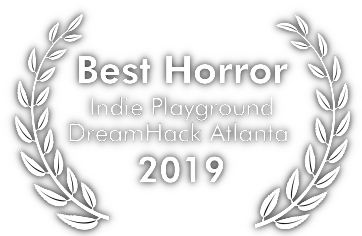 “We're bringing My Beautiful Paper Smile to early access to get feedback on the game's fundamental mechanics and content. We want to share the unique supernatural dystopian world with the community as we develop content for the game. We hope that sharing the first half of the game with the community will get us the feedback we need and that the community enjoys being part of this journey.”

“Roughly 6-12 months depending on the feedback from the community but we won't release until it's the best that it can be!”

“The full version of the game will have all four story chapters of the game available and potentially some extra content after launch.”

“The game has the full first two main story chapters in the early access build, out of the total of four chapters, so half the main story is in there to play, scare yourself and see if you can uncover the mysteries.”

“The game may be priced slightly higher after early access but this is to be determined at a later stage.”

“We hope to involve the community in multiple ways and not just traditional bug testing. We want the community to help shape the supernatural dystopian world we are creating.”
Read more

“I like it, a lotta style... Lots of potential.”
Markiplier

“Even at this stage of development My Beautiful Paper Smile is proving to be a fantastic new horror game.”
4/5 – Game Chronicles

My Beautiful Paper Smile is set in a dystopian world where a mad king wants every child to be perfect. Perfection to him is a giant, happy, smile that is worn constantly. Never fading and always bright.

You are one of the Joyous, a child taken by the Authorities, who has only ever known the facility and the mask that he wears bearing a smile that doesn’t dull. The Joyous are watched by the Authorities and kept on a short leash as they are tested daily to ensure no other emotions populate in their subjects' minds other than happiness.

If sadness sits on their face they are taken away and never seen again.

Join the Joyous on his dark episodic odyssey as he makes his way through the world.

My Beautiful Paper Smile is a horror adventure that will have you running, dodging, and puzzling away from your nightmares as you sprint your way to escape the Joyous’ facility and out into the world beyond. Utilize stealth to sneak past obstacles and avoid the Authorities, but don’t go for too long without light, as prolonged exposure to the dark will end you as will the faceless monster that pursues you.

- Stunning hand-drawn graphics.
- Developed in Unreal Engine 4
- Unique unsettling atmosphere.
- Deep engrossing story.
- Free yourself and try to escape the authorities ‘education’ facility.
- Use stealth to avoid detection
- Run and hide from the faceless one.
- Uncover the reason behind the operation.
- Discover the dark mystery behind the authorities' twisted scheme.