“The Dawn: Sniper's Way project has been in development for 5 years already, we have great plans for it. We see no limit in expanding our world and will not stop even after the game release, as it will be described in detail further.

At the moment the "PHOSPHORUS GAMES" team doesn’t have many people, much resources. The early access release will help us improving the game gradually based on the adequate suggestions by players. We would also have pleasure to expand the universe that is already populated by players, where something happens. We hope for your help.”

“The early access is necessary for us to decide on the further development of the project. For the early access period we will have to make the move forward to the full game, but we don’t want to drag this process out. We deem that entering the release stage is possible in several months or half a year. The game will be constantly updated with new features after the release as well.”

“With the increase of the team’s capabilities we will be introducing new gameplay, plot and graphics improvements. Our paramount task is the creation of full-fledged on-line play, setting up servers, relieving the system requirements, graphics optimization with RTX, and we also count on achieving (by joint efforts with you) the completely developed gameplay with traders, customizing weapons and bases. The map size and the number of available weapons will ever increase and be complemented.”

“At the first stages of early access in the game, you will be accompanied by AI, then within a couple of months we will introduce a network mode with matching and anti-cheats.

We are pleased to introduce you to our game universe The Dawn: Sniper's Way. In early access, you will have access to a huge open world, weapons with customization, enemies in the form of AI soldiers. This build will include everything we currently have, we don't leave anything for later. We will try to do and show you everything that we have and will have.

In the game you will have the opportunity:

- Deal with your inventory;

- Search for caches and loot.

- A huge map of an abandoned city and suburban industrial facilities with forests and swamps, made on the Unreal Engine 4 engine;

- Pockets of radioactivity, the Geiger counter will warn you about them;

- There will be many dangerous enemies on the map that you will need to eliminate, be careful.”

“We are going to increase the price gradually, adding new content and features. In the future 2 DLCs will be available: The Dawn: Digger's Way and The Dawn: Utilizer's Way. These add-ons will be based on completely different player classes and have completely different armament, gear and objectives. The price of each DLC will be about half the price of the base game.”

“The community of players is an important factor in the game development: with their help помощью we will be able to localize the issue if something goes wrong and resolve it in time. Therefore, the active participants will be constantly awarded with gameplay possibilities, in moderate quantities, of course.

We are glad to present you our game universe of The Dawn: Sniper's Way. Inspired by aesthetics of Soviet post-apocalypse, our team has been working on the dream project for several years already, wishing to create vast open spaces and endless possibilities for the players on-line. We have chosen the best engine and are advancing gradually towards the goal to create an expanding universe in all aspects of gameplay mechanics. Abandoned towns and impenetrable forests will become your shelter from the enemy or a dangerous place where you'd better not enter. 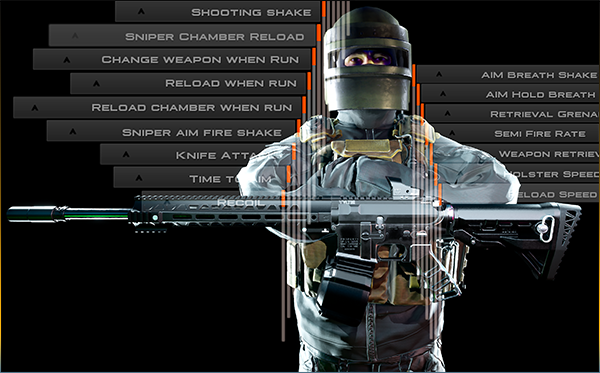 The town of Seversk was abandoned in 1985 because severe flooding of important industrial facilities. Several decades after classifying the town the cases of illegal diggership and stalkership have become more frequent. The export of valuable metals, weapons, vehicles and special spare parts developed in the local research institutes has grown to a massive scale. Your objective is to eliminate the illegal groups and impose order on the classified facilities. The decision has been made in the headquarters to carry out the operation quickly and quietly, therefore you are the military intelligence sniper. Good luck in combat! 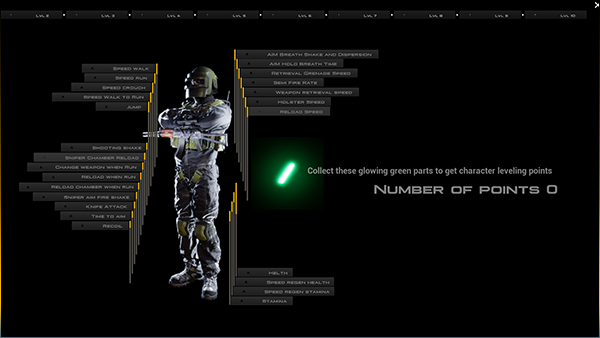 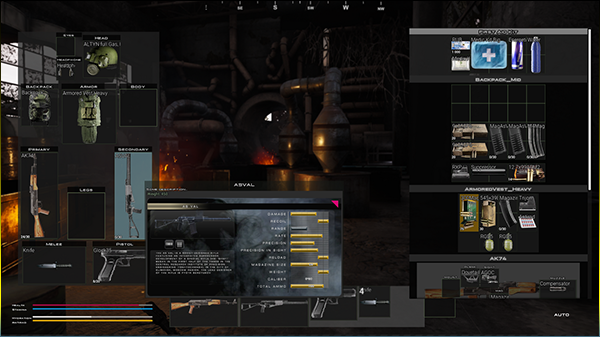 In game be some weapons and blood effects.