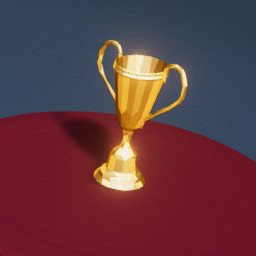 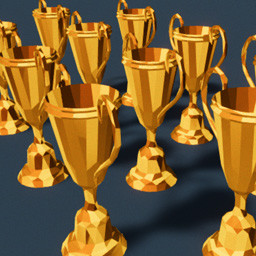 “While the game is already completely functional, we would like the feedback of the community on some areas that we want to improve.
One of the biggest possible additions might be a lightweight track editor to allow for the community to be creative and share tracks with eachother.
Another area is the improvement of the singleplayer experience by adding new types of events like police chases and stunt modes for more variety, and possibly transfering these modes to into online multiplayer.
Also, the game is still a bit rough regarding its presentation, UI and feedback. This is definitly worth improving to deliver a more polished and engaging experience.”

“Depending on reception, I can see the game being extended, polished and improved for up to 1 year. After that, expanding it with track and car DLCs is realistic.”

“The game is completely playable, including single-, local- and online multiplayer. It has been tested for many months now and should already provide a solid and fun experience.
The amount of content and playtime is, in my opinion, already in good shape with 60 tracks and 30+ cars.”

“Initially our idea was to not change the price when we leave early access and instead offer new content like tracks and cars as DLCs.
However, we realized that we do NOT want to confuse players with a bunch of DLC choices and want players to experience the game in its full variety with all tracks and all cars, and have fairness in multiplayer. This, in our opinion, makes the game much cleaner, with no player being excluded from content, but also easier to maintain, as new content can instantly be added without implementing DLC checks.
So, instead, the final release might see a one-time price increase.”

Star Drift Evolution is a minimalistic racing game about taking corners the most fun way possible: by powersliding! Just throw the weight of the car into twisty passages and feel the drifts! Perfect your lines and climb spots on the leaderboard! Race against the AI, friends in online and local multiplayer and ghost replays from other players!

Compete on a wide variety of tracks, ranging from simple dirt ovals to challenging rally tracks. Try out different cars to find the perfect one for a given track and surface. Forget how time flies while fighting for that one spot in the leaderboard!

Will you evolve to become a true Drift King?

Controller and Wheel Support:
The game has full controller support and allows to manually change the button mapping in-game. Testers have also reported that their wheel (Thrustmaster T150 in this case) worked after manually mapping the buttons correctly, however, wheel support can not be guaranteed for all wheels.