“We believe that direct communication with players is the best way to create an amazing game. Your feedback will help us to understand which ideas laid in Geeksos are worth developing, and which require revision. Leave your comments and share videos of your walkthrough. This is why we started everything.”

“We are planing to release Geeksos from Early Access in September 2019.”

“Throughout Early Access, we will release a sequence of updates that add new content to the game. Initially, you will only be able to play several missions. Future updates will most likely add new augmentations, new enemies, new gear and new missions. Bugs will be steadily reduced and performance steadily increased.”

“Geeksos currently offers 1-2 hours of story and side missions. As it stands, Geeksos contains more than a dozen of weapons, several dozens of weapon upgrades and cybernetic augmentations. See the "About This Game" section for more information about what features are implemented so far.”

“After the release, the price will remain the same. By purchasing you will support development of the project.”

“If you have found a bug or you have an idea for a new augmentation or feature, please leave a comment on our Steam Community page. You also can send us a letter at steppeharestudio@gmail.com.”
Read more

Includes 5 items: Irony Of Nightmare, Give Me Your Coins, Mother Simulator, SpellFront, Geeksos

Survive in a city controlled by a game corporations. Residents went insane because of the need to buy DLC for every unfinished product, developers kept in slavery of endless sequels, and lootboxes now sold even at the grocery store. Stop the madness or join it in the cybernetic stealth-shooter Geeksos.

Intense top-down stealth shooter. No rogue-like elements - all locations are made individually. Events take place in the futuristic city of Geeksos, which fell under complete control of game corporations.
The hero was kidnapped and experimented on. Now, in order to understand what happens behind the city facade, he must make his way through armed gangs of gamers and ruthless corporate troops. 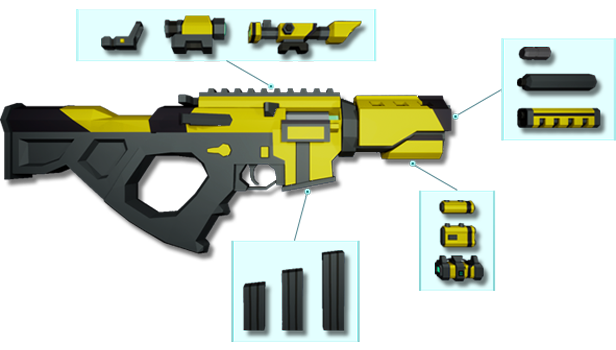