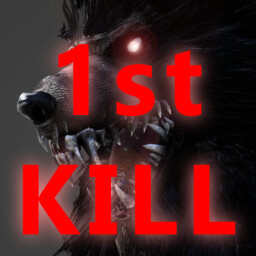 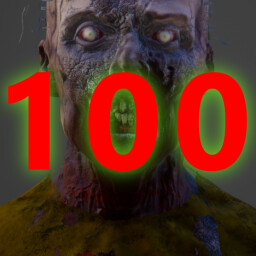 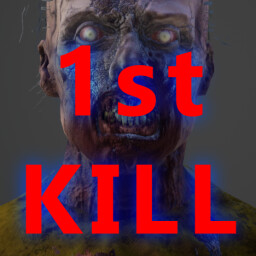 “Early Access will allow me as a solo developer to retain full creative control of the game without involving a publisher. Feedback from players at an early stage would be very much appreciated in order to guide the direction of the finished game and to have a wider base for testing and any helpful ideas and suggestions. As a solo developer I have a very clear vision of how I anticipate the final game to be, but obviously a lot of issues in VR are hard to anticipate from other players perspectives. So it would be useful to get an idea of how others are experiencing the game as development progresses and to be able to respond to any issues and fix/fine tune accordingly to make it as accessible and entertaining as possible.”

“The game is planned to be released in early access for Halloween 2022, with final release aimed at Halloween 2023. Even once the game is complete I plan to continue releasing more and more content to keep the game fresh and up to date as technology and hardware improves in the VR scene. I expect to be pushing out regular fortnightly updates throughout the Early Access period.”

“The final game will grow larger in scope with more areas to explore, more weapons to collect and a much bigger variety of enemies. There will be ongoing improvements to AI, animation, level layout and design throughout Early Access and these updates will be pushed out on a regular ongoing basis.

The final boss battle will not be included until final game release.

It is possible, but by no means a promise, that there may in future releases be a non-VR version of the game.

It's important to note that the game does not feature hands, melee or interactive object handling. This is by design rather than technical limitaions and there are no current plans to introduce those features as I feel they would be detrimental to gameplay. I'm not ruling them out completely but it's a design choice at this stage.”

“In it's current Early Access state the core gameplay mechanics and gameplay loop are in place. There are a number of different enemies to fight including several different zombie types with varying degrees of difficulty, security drones and huge robots. Beware of the werewolves! The Grim Reaper will hunt you in the graveyard. When he is close time will slow, which you can learn to use to your advantage.

There is a brief taster of the city area before you are teleported to the cemetery. The shopping mall you start off in is still a work in progress. The rooftop and exterior are closed off at the moment but will be available soon, along with the carpark. The rest of the town will start to open up and become available in updates throughout early access.

In the final game you must find your way to the cemetery and collect the weapons you need before you get there. Once in the cemetery the Grim Reaper will stalk and hunt you down. Be careful....you can only bullet time dance with him for so long before he takes your soul.

Graphically the game is at or close to expected final quality and is optimised to run pretty well on the lowest spec machines listed. Mostly the development during Early Access will be to add more content, grow the playable area and further optimise the game.

The game has been shown at Gamers Unite as a hands on playable where it received an enormous amount of positive feedback and several offers from publishers. So I am confident most players will enjoy the game in it's current Early Access form. It's important to play it seated.

Beasts Shall Rise has a fully integrated weather system as well as day and night cycles. The game will randomly choose a time of day when you start each game.

If you dare to play Beasts Shall Rise after midnight the game will enter Midnight Madness Mode. There are various surprise versions of Midnight Madness including Black and White mode. The game is designed to be highly re-playable and full of random surprises.

“The game is expected go up in price after leaving Early Access, and pricing may also change during Early Access as more and more content is added. So I would advise buying it sooner than later.”

“Players and those interested in finding out more about the game are encouraged to visit The Beasts Shall Rise Facebook Page where I am always very happy and quick to answer any questions and respond to feedback: https://www.facebook.com/BeastsShallRise/

I would also encourage people to voice their ideas and suggestions on the Steam Page Discussion Board: https://steamcommunity.com/app/963720/discussions/”

About the game
You have been sent by the Vatican on a mission to put an end to Father Shannon's drunken spree that has unleashed his inner demons on earth. Time is not on your side and you must use your skills to keep the clock ticking, earning bullet time, all while avoiding The Grim Reaper himself who stalks you relentlessly throughout the cemetery.

Beasts Shall Rise is a fast paced arcade style looter shooter with rogue-like elements. You will need to keep your wits about you because in this game when you die - it's game over.
You will start each new game at a random point on the outskirts of the world. From there you must fight your way through to the enormous cemetery that lies centrally at the heart of the world. There you will eventually find Father Shannon who has been in a delirious drunken stupor for weeks unleashing his inner demons on the world.

At the outskirts of the world, in the cities and ports, the dead feast on the living, ruled by their Vampire masters who have lain waiting in the crypts for countless centuries alongside their Werewolf foe. As you get closer to Father Shannon you will begin to encounter his many demons.

Good luck! You're going to need it!!

Oh, and watch out for Midnight Madness Mode.....

Weapons
While you start off the game with a minimal set of weapons, you will soon discover new weapons along the way that can be swapped out to upgrade your arsenal. But choose wisely and tactically which weapons you decide to pick up and remember where you left them because you only have so many hands.

Control Scheme
Promising full freedom of movement (no teleporting!) Beasts Shall Rise is a single-player first-person VR shooter which allows you to explore the environment however you choose. The game uses motion controllers and IS DESIGNED TO BE PLAYED WHILE SEATED.

Replayability
The game is designed to offer an arcade style experience with a high level of replayability. Spawn points and pathways will change on each play meaning no two games will be identical. BSR has a full weather system and day night cycle which will change randomly with each game start. The game will adjust it's difficulty on the fly to meet your skill level. There are many hidden Easter eggs to be found, some of which are triggered to appear on certain days of the year. Don't play late at night though....or risk finding yourself in Midnight Madness Mode!

Hardware Requirements
BSR is VR only, although it's possible a non-VR version will emerge at some point in the future. Currently the game is confirmed as working with Oculus Rift CV1, Meta Quest 2 (via Link/AirLink), Valve Index. Oculus headsets seem to work best running with the Oculus app set to OpenXR by default.
Base spec graphics card is GTX1080 - the game is developed on this card. RTX cards don't seem to handle the game as well as GTX through SteamVR, but there are graphics settings in the game that allow you to find the setup that works best for you. There is support for Nvidia DLSS and NIS. I recommend setting resolution to 100% or lower in SteamVR and disabling SuperSampling.

Health Warning
Please DO NOT play Beasts Shall Rise if you suffer from any health issues or are pregnant. This can become a very intense experience and may contain jump scares. Not for the faint hearted! Contains strobing and flickering lights, swearing, smoking, decapitation you name it. By purchasing/playing the game you agree not to hold the developer or publisher responsible for any accidents/injuries/health issues.