Chronicle of Innsmouth: Mountains of Madness

Chronicle of Innsmouth: Mountains of Madness
Developer
PsychoDev
Publisher
AtomicHorde
After an encounter with a dreadful horror, detective Lone Carter’s investigation leads him to fateful places as Innsmouth, Arkham and the Antarctic, investigating a series of deaths and mysteries. Play also as Abdul Alhazred and H.P. Lovecraft himself in this Lovecraftian point’n’click adventure.
All Reviews:
Mostly Positive (42) - 76% of the 42 user reviews for this game are positive.
Release Date:
Developer:
PsychoDev
Publisher:
AtomicHorde
Tags
Popular user-defined tags for this product:
Adventure Gore Violent Lovecraftian Point & Click
+
Reviews
All Reviews:
Mostly Positive (76% of 42) All Time

Chronicle of Innsmouth: Mountains of Madness is a Lovecraftian point’n’click graphic adventure. Drawing inspiration, places and characters from specific stories by H.P. Lovecraft such as The Shadow Over Innsmouth and The Mountains of Madness, this detective story sets you in the thrilling investigation of a horrifying mystery that will take you to iconic places like Innsmouth, Arkham and the South Pole. You play as the private investigator Lone Carter – but prepare to find yourself in the boots of the Mad Arab Abdul Alhazred, writer of the dreaded Necronomicon, and of H.P. Lovecraft himself… 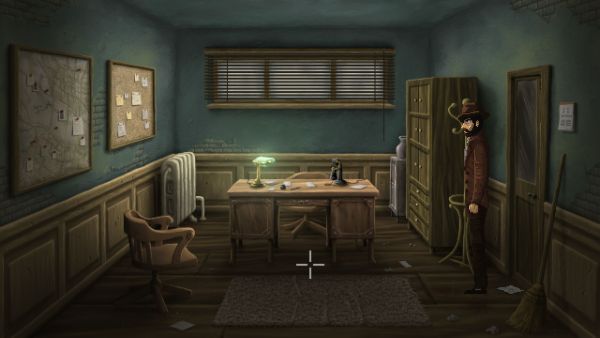 Private Investigator Lone Carter regains consciousness to find himself lying on a beach near Innsmouth. His body has been ripped apart. He tries to pull his last cigarette from the pack, but his arm fails to obey. As he fades away into death, terror growing in his eyes, he remembers in dreadful glimpses his fatal encounter with the Shoggoth…

An endless period of darkness ensues.

Then, some fire burning within awakens him, and he returns, completely recovered and unharmed – but he would never be the same. He is haunted by terrible visions, nightmares hinting at ineffable, horrifying truths. He needs to get back home, to understand what happened to him – but escaping from Innsmouth will only be the first step in his journey. In his hometown of Arkham, a mystery awaits for him. A disappearance. A ritual murder. A plot that intertwines different characters, different places, even different eras. An adventure that will test your wits and drag you to the very limits of your sanity… and perhaps beyond. 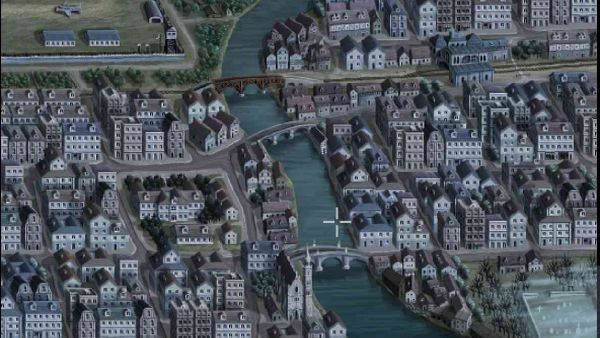 Mountains of Madness is a new adventure game in the Chronicle of Innsmouth franchise. Set 10 years before the first chapter of this saga, these events will influence the events to come. Travel to ancient Yemen, playing in the role of the Mad Arab Abdul Alhazred, author of the Necronomicon, and step into the shoes of HP Lovecraft and guide him to unveil the mysteries of his bloodline.

- A mature, horrifying story, combining the thrilling mystery of a detective story with a cosmic horror setting
- Inspired by The Mountains of Madness, but with many original elements to surprise you at every corner
- Test your wits and deduction skills with clever puzzles, logical but challenging
- Interact with many characters, both original and taken from Lovecraft’s works
- Play as detective Lone Carter, but also as iconic Lovecraft characters as Abdul Alhazred – and even H.P. Lovecraft himself!
- Retro art style rendered in 640 x 360 resolution, inspired by the early 90s Lucasarts classics
- A brilliant unsettling original soundtrack

The game contains depictions of violence.