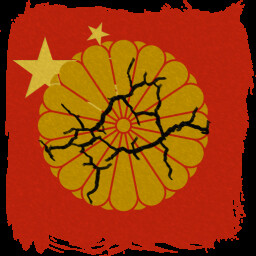 Year 1976, the stormy Cultural revolution has died down, hard times of hongweibing and public critics are coming to an end. Old and sick Mao Zedong will soon leave China to his comrades from CPC. The Cold War is coming into a new phase and only you will determine what will China become and what place will it take in the world.
— Lead the People's Republic of China from 1976 to 1985
— Restore relations with the USSR and compete for the leadership in the socialist camp or become the conductor of USA's interests or forge your own path without looking at others
— Build a strong planned economy, lead the market reforms and invite investors from all over the world or fulfill communist's dream about automated state plan - the future of Chinese economy is in your hands
— Expand your influence, become the master of the Asian region, reach for the Europe - the restless world of Cold War gives you a lot of opportunities
— Watch over the Party - politicians want to reach higher places, plot and conspire. Your fellow party members may become your helpful allies or deadly enemies
— Remember that your actions will determine the world by the end of the XX century - will the Soviet Union fall apart, will the socialist camp fall, will DPRK become an outcast country, will you repeat the glorious path of China or will you manage even better?