Something is wrong with the heart of magic. Play a young archivist venturing out into a dying world, cataloging its mysteries and its wonders to unearth the truth. Nanotale is the new adventure from the Typing Chronicles franchise and the spiritual successor to the acclaimed Epistory.
Recent Reviews:
Mostly Positive (17) - 76% of the 17 user reviews in the last 30 days are positive.
All Reviews:
Very Positive (142) - 83% of the 142 user reviews for this game are positive.
Release Date:
Developer:
Fishing Cactus
Publisher:
Fishing Cactus, Plug In Digital, 2PGames
Popular user-defined tags for this product:
Adventure Typing Exploration RPG Atmospheric Story Rich Female Protagonist Indie Action RPG Magic Narration Beautiful Great Soundtrack Puzzle Relaxing Fantasy Colorful Early Access
+ 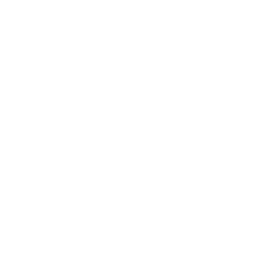 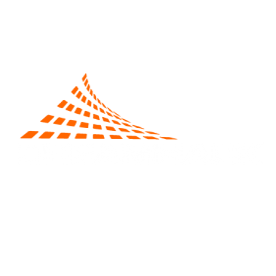 “The initial plan was to release the full game in September 2019 but then, we noticed that if we really wanted to release the game we dreamed of along with our community, it would take a little bit more time. So, we decided to release the first 35% of the game and put it in the hands of people, even if it's not polished yet and with bugs remaining, to make sure that we are on the right track while finishing Nanotale. The more feedback/bug reports we get, the better our game will be at release. So, thank you in advance for your support!”

“The full release of the game is planned between February and May 2020.”

“Nanotale being story-driven, we prefer to release the first biome (around 35% of the game) of the game with its final quality instead of releasing the full game with a “good enough” quality. So, the full version of the Nanotale will give you access to the rest of the story with new powers and biomes to discover, and battles to win.”

“No. The price will remain the same considered that during the Early Access you will be able to play the first part of the game with the quality we are aiming for the rest of the game.”

“We already have a community of new and old Fox Riders - some of them following us since our first typing game, Epistory - and we are engaging with them all the time through our Discord and Steam groups. Last summer, we ran a closed BETA allowing them to try different elements from the game with the intention to improve it for the Early Access release.

Also, we love to involve them in development by asking then to name lore items and give us their opinion when we hesitate between designs or features.”

“Nanotale: Typing Chronicles is easily one of the year’s more intriguing concepts when it comes to the link between the player put before the screen and the action that unravels on it.”
Hardcore Gamer

“EGX Rezzed 2019: The best games from this year's show. Nanotale is perhaps best quickly described as Magicka meets Typing of the Dead.”
Eurogamer

“The developers have actually tackled this genre before in Epistory, but something about Nanotale: Typing Chronicles particularly grabbed me.”
VG247

Since time immemorial the Archivists have studied and cataloged the mysteries of the planet, observing its changes and holding to our vow of neutrality. Yet from the Ancestral Forest to the Blue Desert, the world is suffering. The Tree of Life sings the Final Song and we can feel it in our flesh: the world is dying. We bear witness, but we cannot interfere. We contemplate in silence.

Nanotale - Typing Chronicles is an atmospheric typing adventure RPG set in a colorful vibrant world. Follow Rosalind, a novice Archivist, as she journeys out into a valley to collect plant and rock samples for further analysis. The valley is peaceful. War is a thing of the distant past. Nothing can go wrong with such a casual task... can it?