“We have big plans for VALHALL and now we are implementing them based on the new combat system core. As an independent team, we plan to use Early Access as a time to build the gameplay by adjusting it together with our community, to test and introduce new features. Warriors, thank you very much for the possibility to feel your support at this stage!”

“Our aim is the best experience possible, you can visit the website and check out the roadmap. We want to be transparant with you, the plans may change. Putting timeline on an early-in-development game is very challenging. We’ve decided to keep our schedule fairly flexible so that the development team and community can best mould the game experience that we all want to see.”

“Full version will get more game modes, weapons and armor. We will keep polishing the combat system. Some of the planned features can be changed during development based on community feedback that's why the best way is to keep an eye on our roadmap on website.”

“With the development progress we can foresee the quality of VALHALL: Harbinger increasing exponentially.
Further game development, incl. improving quality and adding new content - can influence further pricing for new users. We would like to encourage our early supporters as well. The game price for owners will not change.”

“Overall, we want to create a new level of interaction between the developers and the gaming community.
We believe that mutual view to gameplay and game content as well as meaningful discussions, and community input are the best ways for us to learn what it is that you want to see and then produce it.

We have already established several avenues to communicate with our community, we constantly post updates about development on social networks such as Facebook, Twitter, Discord, Steam Community Hub, the game website and our Indiegogo page.
We want to note, that we don't separate ourselves and our community with a wall of moderators, members of the developer team can be found on any of these networking platforms. We constantly interact with the community and try not to leave any questions unanswered, as well as reading and considering all incoming proposals.

We have a number of innovative ideas for moving to another level of interaction between the community and our development team, which we have described above and many of which have already been implemented.

Moreover, we have created an ideas incubator where the best community ideas are added for their future development - all of which is evaluated by the wider community with help of the specialized tools.

Together we can create a VALHALL universe that each of us will truly enjoy.”

BE THE FIRST TO TRY THE GAME AND HELP THE DEVELOPMENT

VALHALL is a crowdfunded project in development process. Purchasing now you get instant access to early tests and will receive the previously announced content such as Battle Royale, Siege, Wield Mjolnir and more upon full release. Also, you get bonus items.

Currently VALHALL is in Pre-Beta stage. We are still working on some core elements and fixing bugs.

We are a small independent team working on achieving high quality standards, this is why schedule is fairly flexible. We make patches and share the progress though updates regularly.

Further development of VALHALL, including quality improvements and the addition of new content may influence further pricing for new players. The game price for owners will not change - Pre-Beta testing purchase includes Full game version.

Everyone who joins us before Beta will receive a legendary raven axe that can be used for dual wielding! It will appear in your armory in future updates. 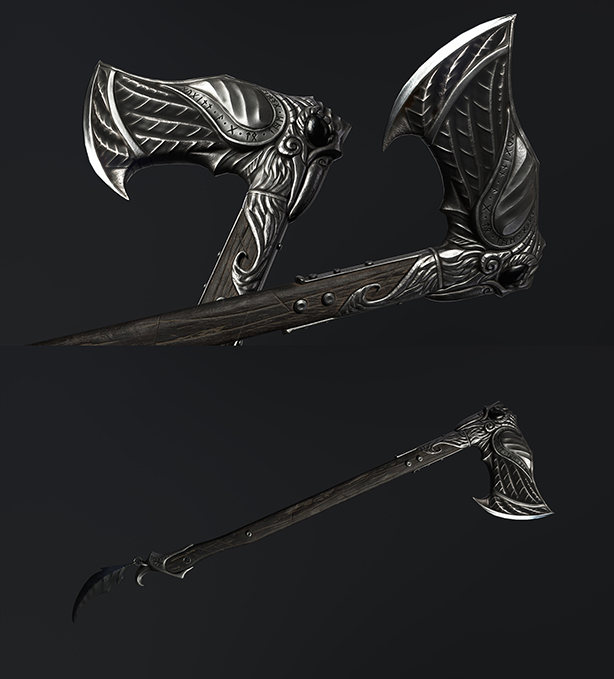 Current state is Pre-Beta - it doesn't provide experience intended for the full game. A lot of content is still missing and bugs can occur.

After combat system core rework other game aspects are being added and tested on top of.

Now you can try the basics, other features and modes will appear with development progress.

Survival
Build and defend your settlement. Gather resources, look for food, protect yourself from wildlife, prepare for battle. Form alliances and fight other Vikings in violent Midgard.

Viking Battle Royale
Welcome to the ultimate battlefield where einherjar prepare to aid Odin during Ragnarök.
All day you fight with each other, proving that you are worthy. By the evening, the wounds heal. Feast and get ready for the next battle. Resist the hostile nature of 4 different biomes, hunt or be hunted by various creatures, get the central arena and possess Mjolnir. Survive.

Wield Mjolnir
Teach your foes to fly, smash, throw hammer, use lightnings and shake the ground. Feel control of the Mjolnir throw by adjusting the flight distance in real time with the mouse swing.

Directional physical combat
Control the direction and type of your attacks with fluid, weighty and dynamic combat system. Dodge, slide, use your rage and enter berserker mode. Perfect your own style.

Loki's maze Deathmatch
Arena is surrounded by a dynamic labyrinth that changes every match. Earn glory and save its points by activating the runestones that randomly appear in the maze to complete Loki's challenge.

Cinematic experience
All of us have seen epic medieval battles in movies. Experience it.

Both Viking realism and Norse mythology
Play in a realistic world or explore mythological realms through separate game modes.

Special thanks for the incredibly authentic music to Danheim and Gealdýr.

Set in a Viking world, this game shows a lot of Blood, Wounds, other Graphic Violence and Mature Content.