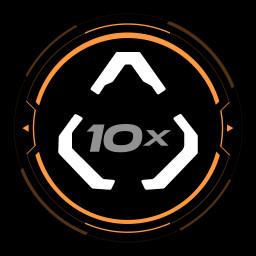 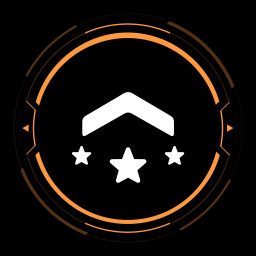 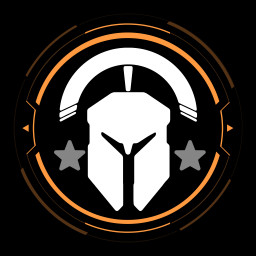 “We’ve been building games for 10+ years, and we know that making something great requires a lot of time, feedback and iteration. We have developed a very fun, core game experience but we would like to take this game much farther. While the game has been in development for years, we know that we are just getting started.

Early Access allows us to work with the community directly, this is and always has been very important to us. It allows us to show the game to players early, receive feedback that we would otherwise miss, and focus on features and gameplay that our players are most interested in. We have plans to expand the game in a variety of ways but we are most interested in hearing what our own players have to say.

We are incredibly proud of how far we have taken this game, and we view Early Access as the right launching pad for LEAP.”

“Our plans are to be in Early Access for 12 months. In the early days, we plan to focus on bugs, stability, performance and gameplay balance. At the same time, we’ll be working on new content to round out the game and get it ready for a 1.0 release.

Game development can be tricky, and our timeline will remain flexible. We’ll do what we believe is in the best interests of the game and our players. As the community grows during the beta period, we will continually re-evaluate our development schedule and keep everybody up to date.”

“From day one, we will put a priority on bug fixing, stability improvements, performance and gameplay balance. There is already a ton of content in the game at day one Early Access launch, and we’ll prioritize making sure the existing content is as good as possible.

With that said, there is a lot we’d like to add to the game. Brand new environments, new game modes, new player classes, weapons and abilities are all in the works today.

Full modding support is another big point for us. We’re a small team and we recognize the power of the community. A lot of us on the development team come from modding backgrounds and this feature was a priority to us from the start. Our modding support is functional and already working, we’ll spend some time shortly after our Early Access launch to wrap it all up and officially launch our full mod support.

At 1.0 launch, we’ll see to it that the game is as complete and bug free as possible, with more content to round out the full experience.”

“The core game experience is complete and already a lot of fun. We’ve got 4 totally unique classes to choose from, each with different play styles. Each class has a large suite of weapons and abilities to unlock and master as you progress through the player and class leveling system.

The game features a wide variety of game modes across six enormous environments to battle over. Each environment is designed to work with multiple game modes and player counts. For example, each environment has different layouts depending on the game mode, with small, medium and large variants for each.

We’ve also got a large selection of cosmetics for players to unlock and equip. These range from new armor suits for your character, to new weapons, weapon skins, fun and crazy personal vehicles and much, much more.

In addition to the above, the game features a per-class progression system, challenges, leaderboards and parties.”

“Yes, we consider the pricing during the Early Access period to be a discount for the early adopters. This reflects the fact that the game is not content complete, and may have bugs, performance or stability issues.

At 1.0, those issues will be resolved and the game will have a rounded out feature set with even more content. At that point, we’d set the game’s price to reflect everything that has been added since the Early Access launch.”

“Going into Early Access, our main focus will be to work closely with the community. Our team is regularly involved in our community Discord channel and we have already been incorporating feedback directly into the game. In our "Feedback-Ideas" channel, community members are encouraged to suggest features they’d like to see in the game and can even vote on suggestions from fellow members.

The Steam Forums will serve as a primary channel for us as well. We take pride in our community and cultivating a respectful and productive atmosphere is paramount.

Our community manager (Laura!) is a superstar, and she works with our players to encourage new ideas and suggestions, ensuring everyone has a strong voice.

Ultimately, we will take feedback any way it is delivered to us and we look forward to a lot of back and forth, collaboration, ideas, brainstorming and whatever else may come from our community.”

LEAP is a fast-paced, multiplayer first-person shooter featuring epic large scale battles, each with players armed to the teeth. Become an elite LEAP mercenary as you soar into battle. Fight for either the United Earth Defense Coalition (UEDC) or the rebel Exo-Terrans - whoever pays the most, wins your trigger finger and excessive arsenal.

Work together with your teammates, use powerful weapons and unique class abilities, and traverse the terrain quickly with grappling hooks, jetpacks and outrageous vehicles to seize victory.

Jump on your hoverboard and backflip into battle, or saddle up onto a mechanical moose and lead the charge. Whatever your play style, every LEAP mercenary is equipped with a Personal Vehicle (PV), allowing you to quickly cover distances and close the gap on your enemy.

Every exosuit comes equipped with match altering abilities - Call in an Orbital Laser to wipe out a group of enemies, or throw down a Support Shield to take temporary cover from enemy fire.

Every obstacle is an opportunity to soar, dash or charge, and an elite mercenary will use their unique movement abilities to navigate the battlefield quickly. Use your grappling hook to reach greater heights or your directional dash to dodge enemy fire.

The glory of victory only gets sweeter with rewards. Customize your mercenary with helmet emojis and distinct skin options for exosuits, vehicles and weapons. Flaunt and taunt your frenemies with style and sass.