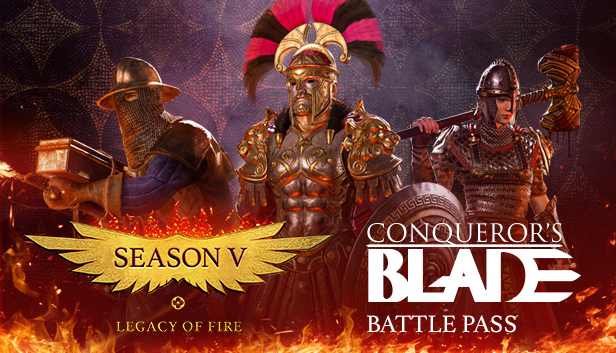 Fight, rise through the ranks, and earn epic loot in Season V: Legacy of Fire! Upgrade your Battle Pass to get access to 100+ levels of exclusive rewards, including new Hero, Unit, and Horse Attire, Emotes, weapon skins, and lots more.