The Hs 129 was designed to be a general purpose armored ground attack plane, but during the second part of the war it became the main anti-tank aircraft flown by the Luftwaffe. Armed with powerful weapons, the ‘Duck’ as it was called first appeared in May 1942 in the southern sector of the Soviet-German front. It saw action at the battles of Stalingrad, Kuban and Kursk salient and was also used in North Africa. Anti-tank squadrons equipped with these aircraft were sent to the frontline where the enemy threat was the greatest. Having many unique features, the Hs 129 B-2 was armed with a wide assortment of weapons including the 30mm MK 101 and MK 103 cannons.

In addition to Quick Mission Builder and Multiplayer modes, you can fly it in Career mode during Battle of Stalingrad and Battle of Kuban timeframes. 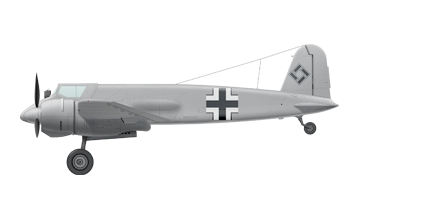