“If you’re in the market for a compelling and historically accurate World War II flight sim experience then you need to look no further.”
9/10 – Stormbirds

The third installment of the next-gen IL-2 Sturmovik series is dedicated to large scale aerial battles between the Red Air Force and the Luftwaffe in the skies over the Kuban front in 1943. It contains eight aircraft (additional Collector Planes are available as separate DLCs).

You can also use the A-20B bomber in Career mode during another timeframe - Battle of Stalingrad. 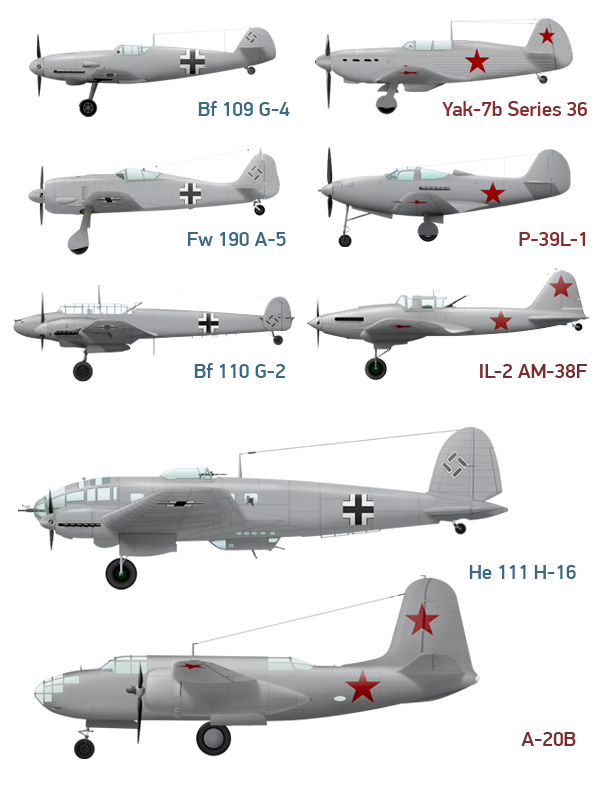 Sea Dragons historical campaign is set during the long and bloody battle at the Kuban bridgehead that lasted from the Spring until the middle of Autumn 1943, when the last troops of the occupying force retreated. The air forces of the Black Sea fleet played a major role in the fighting, striking airfields, seaports and surface targets and providing air cover for the troops of the North Caucasian front as well as supporting Soviet marine landings. This is the story of a former fighter pilot who has been transferred to the 47th Attack Aviation Regiment of the Black Sea Air Force after recovering from a serious wound. Incapable of flying a nimble fighter anymore and starting as a simple wingman once again, this time piloting an IL-2, he has a long road in front of him to eventually become the Deputy Commander of the regiment.