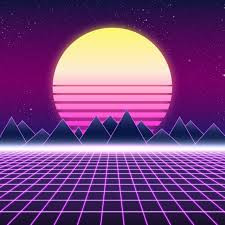 “We know that it's impossible to get the perfection, but we want to be close to it !
The physics realism is really important for us and all real-life pilot to train, it's really difficult to get a good realism and that why it takes a lot of time.
So don't hesitate to give your feedback and we will take it in charge and maybe add it for a futur version !”

“We don't really know how long it will be in Early Access but we think it will be around 1 year.”

“It still has some bug in the Early Access version, unfortunately.
But we are always improving and adding features !
It will have some improvements for the different mode like adding Enduro Mode.
We want to get all the functionalities planned for the final version (which is too long to write there all)”

“We are for the moment at the start of the Early Access version.
All the functionalities writed in the "About This" of the game are already available now.”

“The price will maybe be incrassed after the final version.”

“Don't hesitate to give any suggestion (on the Community page), bug report (Alt + Shift + B by default), etc...
We are open to all ideas and will be pleased to maybe add it to a future version.”


Read more
Notice: At the request of the publisher, EreaDrone 2018 is no longer available for sale on Steam.
EreaDrone Simulator requires a controller to play!
View Community Hub
See all discussions

The most realistic FPV simulator of the market ! Let's pilot a virtual immersive drone and race with many other players !

There are few games mode in this simulator !

Nearly all controllers are compatibles with EreaDrone Simulator.
If you are using a real RC controller, check if you can plug it into your computer with a USB cable like the FrSky Taranis or with an adaptor available in many RC stores.