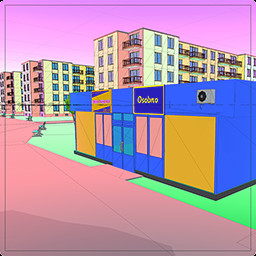 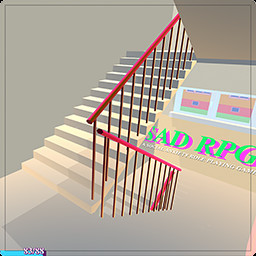 “We find it that it might be difficult to make a game about Social Anxiety Disorder, so during the development we want to hear as much as possible form the players.
We want to create SAD RPG close to the community, we want to make changes based on your feedback and we want to constantly add new content based on players reactions.”

“At least five months, it will depend on how much new content (quests, places, enemies, items, skills, minigames...) will be created based on the players feedback.”

“In final version of SAD RPG we plan to include: main storyline, new unique locations, new items, new enemies, new side quests, new minigames and upgrades to the game mechanics based on the community feedback.”

“We plan to increase the game price based on the amount of new content added.”

“We are very curious how the community would react to our game and the way it shows the social anxiety problem. We want to hear people's opinions, suggestions, interpretations and react to them in our development of SAD RPG: A Social Anxiety Role Playing Game.
Please feel free to give us your feedback on SAD RPG Steam Discussion Board.”

SAD RPG : A Social Anxiety Role Playing Game is an experimental indie computer RPG game about social anxiety.
It's an unexpectedly colourful, weird and full of surprises journey with our own story about dealing with Social Anxiety Disorder.

SAD RPG is currently in development by Evil Indie Games and we plan to release it in 2021.

In SAD RPG: A Social Anxiety Role Playing Game the protagonist, since the very first moments of being awake in the morning, has to face the challenges of living in an odd vaporwave world of its own. Although everything seems to be more or less fine in the comfort of your bed, soon every move turns out to be a trial and there are anxiety monsters to battle at every corner of your town. Deep down you know it all exists only inside your head and in your heart but you play along, choose your path and put up a fight, but can you win, and how? The game explores the ups and downs of dealing with Social Anxiety Disorder, presenting a totally subjective and impressionistic depiction/view of the inner fight against it, based on real life experiences.

If you suffer from severe anxiety or you were diagnosed with anxiety disorder, please, approach our game with caution and proceed with care when you decide to play it. If experiencing too much unpleasant reaction or troublesome symptoms, act accordingly and do not hesitate to leave the game. Take a break now and then when needed so you won’t get too overwhelmed or upset while playing - it can also be a good idea to play the game in the company of a trusted friend/s.
We are not mental health specialists nor qualified professionals and our game is by no means intended for medicinal or therapeutical purposes. We aim at educating and sharing our own story and experiences, not replacing treatment or substituting professional advice. When you consider your anxiety bothersome and/or distressing we strongly recommend you the use of professional help and making your own appointment with a therapist, physician or other relevant specialist today. We believe in you!