Ready your sword, pack your provisions and prepare to embark upon quests in which YOU are the hero! Choose what happens at every turn of the page with Fighting Fantasy Classics – text-based roleplaying adventures remastered.
All Reviews:
Mostly Positive (162) - 74% of the 162 user reviews for this game are positive.
Release Date:
Developer:
Tin Man Games
Publisher:
Tin Man Games
Popular user-defined tags for this product:
RPG Indie Free to Play Choose Your Own Adventure Interactive Fiction Story Rich Text-Based Adventure
+

Includes 9 items: Citadel of Chaos, City of Thieves, Deathtrap Dungeon, Caverns of the Snow Witch, Island of the Lizard King, The Forest of Doom, The Warlock of Firetop Mountain, House of Hell, Trial of Champions

“Fighting Fantasy Classics is Tin Man's return to digital versions of traditional gamebooks, and what a comeback it is.”
5/5 – Touch Arcade 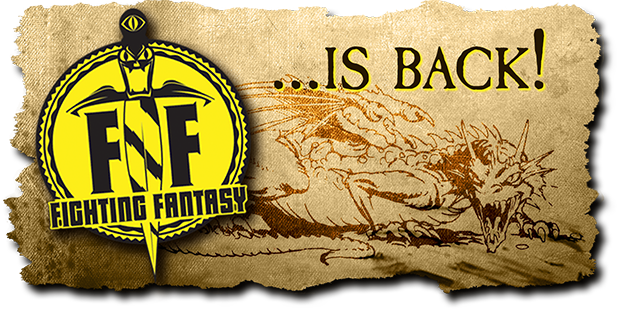 Ready your sword, pack your provisions and prepare to embark upon nostalgic quests of epic proportions where YOU choose what happens next! Journey a magical realm, fighting monsters and unravelling mysteries in Fighting Fantasy Classics – text-based roleplaying adventures remastered. Originally presented by Steve Jackson & Ian Livingstone in the 80s and 90s, Fighting Fantasy Classics brings these timeless tales back to your gaming library.

Traverse the realm of Allansia, using your might and magic to hunt down evil demisorcers. Brave the dangers of Darkwood Forest to help save a doomed village of dwarves. Seek vengeance from the Pirate Lord who murdered your family and destroyed your life many moons ago. Save a port-town from the wrath of an undead lord and his ghostly hound minions!

Part story, part game, in these adventures YOU ARE THE HERO!