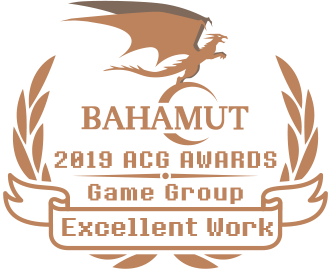 Check out the entire Light of Creators franchise on Steam

"Whosoever is acknowledged by the elves will receive the power to change the world." These are the words of a forgotten legend…

Light Elf, forebringer of life, and Dark Elf, embodiment of corruption. Two powers struggled, rose, and fell. They finally found a balance and formed the world of today, known as the Continent of Elwes.

The Continent of Elwes is a land divided between Abyss Empire, Landar Kingdom, and many other nations.

Three years ago, Abyss Empire, the most powerful nation on the continent, started a series of wars, intending to bring the whole continent under its control,

Overwhelmed by the military power of Abyss Empire, nations bent their knees one after another, subjecting themselves to the yoke of their conqueror. Not long after, the only powers that could stand up to Abyss Empire were Landar Kingdom and a few other remaining factions.

However, the ruler of Abyss Empire, Abyss III, seems to have greater ambitions...

By chance, a village boy named Ire meets Byin and his friend Leed, who is blessed by the Light Elf. Leed and Byin have learned that King Abyss' source of power comes from the Dark Elf. To keep the world from being consumed by the dark power, they set out to find a way to seal the Dark Elf. Desiring to leave the village since he was a young boy, Ire grabs the chance of a life time and begins a journey to save the world with Leed and Byin.

More from Light of Creators