“Captain Nemo is a hidden object / adventure game where you follow the story of the professor Arronax, his helper Conseil, and Ned Land. I am always on the lookout for Hidden Object games. Crisp App Studios has become one of my favourite developers in this genre. In their latest game, Captain Nemo, the standard is as sharp as it can be in regards to the hidden objects. The objects are well blended into each of the scenes with over 50 per level. Bear in mind, you have to find around 15 items per level on each of your walkthroughs, which will give you good re-playability. In this game, Crisp App Studios introduces the 360 degree panoramic levels, which are great fun.”
zeepond

A hidden objects game based on "20,000 Leagues under the Sea", a famous novel by Jules Vernes.

It tells the story of the incredible journey of mysterious Captain Nemo and three friends, who have inadvertently found themselves on board his underwater vessel, the Nautilus. 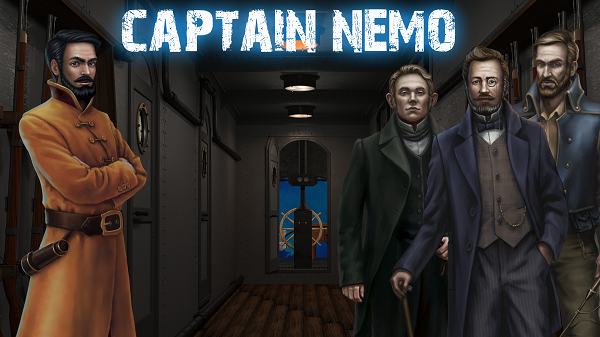 Frigate Abraham Lincoln sets out to search for an undiscovered sea monster. The expedition, in which Pierre Aronnax, his loyal servant Conseil, and Canadian harpooner Ned Land take part, finds the monster and starts a chase. Unexpectedly, the monster turns out to be a unique underwater vessel. Professor Aronnax and his two companions are taken prisoner by the captain of the Nautilus named Nemo. Despite the fascinating beauty of the undersea realm, the three friends yearn to break free and return to normal life on dry land...

Jules Verne was an author who always surprised the world. His stories are so realistic that, even today, readers are convinced that the journeys he described were real.
If you are looking for high-quality new hidden object games, then “ Captain Nemo “ is exactly what you need!