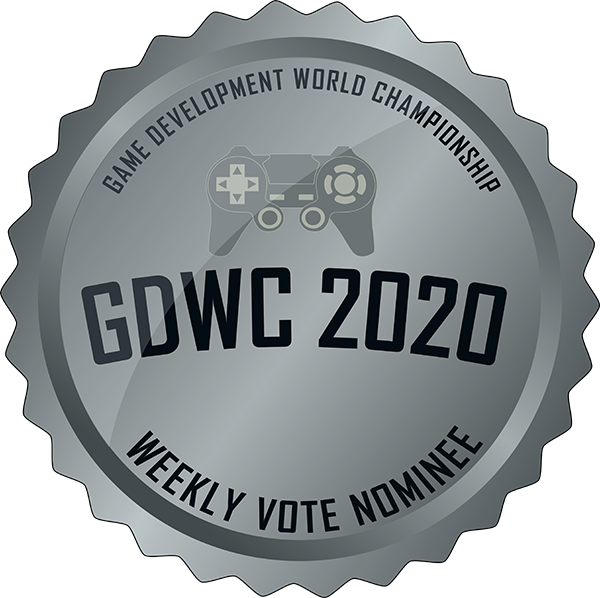 “Super Mega Space Blaster Special Turbo is a wonderful addition to the original and will have you playing till the wee hours of the night. The game left me with one of the biggest smiles a video game has ever put on my face.”
90% – Wala Wala Games

“Super Mega Space Blaster Special Turbo is simple, addictive and most importantly a blast to play. A lot of effort has gone into making this game, borrowing from classics but adding its own spin at every opportunity. There is a bucket load of content to keep you interested and the hook of ‘just one more run’ will have you coming back for more. Super Mega reaffirms the notion that a budget price point doesn’t have to mean corners are being cut.”
8/10 – Two Beard Gaming (TBG)

“There aren’t any gimmicks here, just quality gameplay mechanics that will have you coming back for repeat plays. The gameplay in Super Mega Space Blaster Special Turbo is ace and wholeheartedly recommended to anyone interested in a nostalgia-infused shooter with a pleasant aroma of Asteroids, only much more mega.”
4/5 – The Vulgar Knight

A quick note from the developer:

You love retro shooters? You want to be challenged? You’re not bothered about the story; you just want to blow stuff up? Then look no further! Super Mega Space Blaster Special Turbo should be right up your street.


Super Mega Space Blaster Special Turbo is a retro inspired space blaster with loads of challenges and things to unlock. If you are thinking of buying the game please keep in mind that the game was made for Bare Knuckle Development by just one person, Ste Wilson. Don’t expect a ‘triple A’ experience, an in-depth story, or mind-blowing graphics. What the game offers is a simple retro-inspired space shooter with a focus on core-gameplay that will challenge you. The game has loads of challenges to keep you playing and lots of ships and upgrades to unlock to keep the gameplay feeling fresh and give you a sense of achievement and progression. All this is available for the same price as a grande salted caramel mocha frappuccino.

If you have any questions, problems, or feedback about the game just give us a shout. We’d love to hear what you think of the game and will do our best to respond as quickly as possible, providing support if necessary. Also let us know if you had fun playing the game because that really does make our day!

It's 2051. Earth is all but dead, an almost uninhabitable polluted mess of smog and tar. Remotely control space blasters from a dying Earth. Fight in epic space battles against all kinds of weird alien spacecraft. Rescue cute 'blastronauts' from alien capture. Wipe-out the alien forces and take-over their planet to give humanity a new home. Time is running out. Do you have what it takes to become the ultimate space blaster pilot and the saviour of the human race?

Super Mega Space Blaster Special Turbo is an addictive, fast-paced space shooter with bullet hell elements, loads of unlockables, and leaderboards to climb. The ‘Turbo’ edition of Super Mega Space Blaster Special is the definitive edition giving you more ships, more game modes, more unlockables, more challenges, and more space blasting fun than any ever before. Blast your way through 5 unique game modes including 2 new Turbo edition modes. Save cute blastronauts and destroy the boss to claim victory in ‘Save The Colony’ mode. Manage your fuel and ammo to survive to the big-boss in 'Survival' mode. Protect your mothership from damage for as long as you can in 'Protect Mother' mode. Blast your friends into space dust in local competitive multiplayer modes 'To The Death' mode and the new ‘One Shot’ mode.

Play alone in single player, or with a friend in local co-op to take out the aliens. Collect coins to unlock more space blasters (ships), upgrade your weapons and power-ups, and explore the shop for extra perks. Complete over 40 fun challenges to get those extra coins. Use each space blaster's strengths to your advantage; from turrets that allow twin stick control, to fast manoeuvrable ships that can outrun your foes. Arm yourself to the teeth with awesome power-ups like big-bombs, homing missiles and lasers. Destroy the alien boss and continue the endless gameplay to rack up a massive score and become the ultimate space blaster pilot and top the leaderboards.

The year is 2051, the Earth is in ruin; a barely inhabitable polluted mess of smog and tar. A huge unmanned spaceship, launched by mankind years earlier as a last ditch attempt to survive, has found a possible inhabitable planet and is under attack from its residents.

That's where you come in pilot!

From earth you must remotely control one of the giant ship's space blasters and annihilate the alien threat so that humanity can continue. The survival of human kind is in your hands pilot. Don't let us down!

We wanted to make a shoot 'em up (shmup) that blended modern and retro mechanics to create a nostalgic yet up-to-date shooter that gives you the 'just one more go' feeling. Now you can be the judge of this, leave a Steam review and let us know what you think. We are open to feedback and want to improve the game in any way we can. If you have any issues with the game please feel free to let us know and we'll do our best to solve the problem. We hope you enjoy the game, Happy blasting!