“Penkura is built on a strong modular foundation that allows us to easily and quickly add content to the project without making major changes to already implemented systems.

This stability in development lets us incorporate the input of our playtesters rapidly and design a game that consistently satisfies its fans.”

Please note that time between the major patches will variate, 0.2.0 taking the most time for release, and 0.4.0 the least.”

“Most of Penkura’s foundational systems are already complete. We are currently focused on further gameplay adjustments, balancing and extensive content creation.

Before the final release date, when we will feel that the game is ready, we will add co-op to Penkura. At that time, we plan to support the creation of player-owned servers. After that, we want to add a dedicated server that will allow for the creation of at least ten player sub-servers.”

“Penkura has entered the beta phase and we are able to showcase a holistic view of the game.

Primary features such as an objective system, component creation, a building system, bot control, and many smaller gameplay features are already in late-stage development and need to be tested by a larger audience.”

“The price of the game will be adjusted with the amount of content added to the overall project.”

“Penkura has a preset development scenario with content already planned out from now until the final release. With the help of our players, we will be able to eliminate potential problems and improve upon gameplay features as development goes underway. Our lead designer can be contacted directly through the:
Penkura Discord channel - https://discord.gg/2ukYHQm
or by visiting the ‘Contact Us’ page at https://lionsart.pl/”

Penkura combines the wonderful worlds of real-time strategy and first-person exploration. Easy to pick up but hard to master, Penkura utilizes classic death mechanics that leave you without your equipment each time you perish. For this reason, you are able to construct your own robotic companions to help you build bases, gather resources, and protect your settlement.

It encourages players to choose from a variety of approaches through which to complete their goals. Players will find themselves becoming an expert in areas entirely of their choosing. The intention is that, when the co-op is unveiled, players will find that the interaction of their unique skillsets with those of their peers creates capable and rewarding team gameplay.

Penkura offers buildings, machines, bots, and items for you to construct. Most of it is made with the "MMC" (Molecular Matter Converter) or through "CCC" (Command Control Communication), which provides a top-down camera similar to that of classic RTS games. Should you desire, you can take control of your own intrepid bot to scout out a potentially hazardous environment or repair your base without stepping outside of the safety of your home. This is only the beginning of CCC potential; the rest is in your hands.

Penkura’s crafting and base construction systems are made with co-op already in mind. Before its final release, you’ll be able to cooperate with other players to create huge, complex sets of items and stations that would normally take more than twice as long to put together. 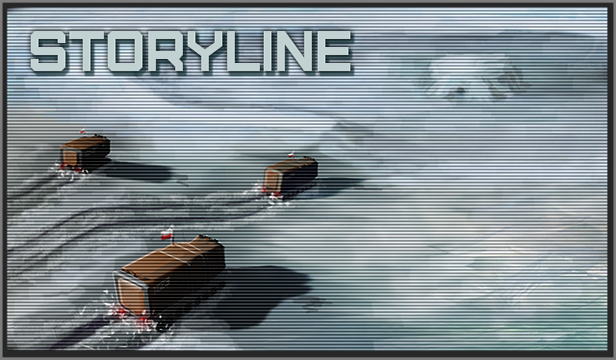 Deep beneath Antarctic ice, a Polish research team discovered an ancient temple that appeared to be a gateway to a fascinating new world.
The idea to migrate mankind to a new planet was a blessing for an overpopulated and devastated Earth.

Project "Gemini" was launched to colonize the new world. For 41 years, brave men and women traveled through the temple’s singularity. But one day, for reasons unknown, contact with the other side was severed.
To learn what had happened in the world beyond, a group of mercenaries was tasked with traveling through the unstable gateway.

You are one of those mercenaries. Survive, and seek answers.

This Game contains content not appropriate for all ages (alcohol, drugs, and a moderate amount of violence).