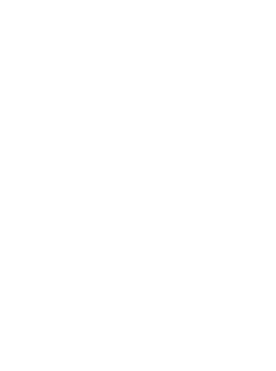 “Frankie's Revenge has been in development since 2016 and player feedback has always been an important driver for how we shaped the game. As we get closer to feature complete, we want to involve the community in the last stage of development, to get their help in balancing the difficulty and pacing, get feedback and hear their suggestions. We strongly believe that listening to your community is key to making a great game, especially multiplayer games that are meant to be shared.”

“The core game is mostly finished and there's already lots of content to play. Development is always challenging and hard to predict, especially since we'll be listening to player feedback and adjusting our plans based on it. With that said, we do expect to launch the full game before the end of 2019.”

“We want to add more robot parts before releasing the final version, as well as more levels, items and a couple of additional features that will give players more challenges to pit themselves against and additional rewards. We will also be balancing the core combat parameters and robot parts based on community feedback and how we see players engaging with the game. The goal is to fine-tune the experience for both challenge and fun.”

“Frankie's Revenge has been in development for 3 years and is in an advanced stage. There are 20 robot parts with unique behaviors that can be mixed and matched to support different play styles. There are currently 14 missions, including two boss fights.

The game supports both online and local co-op multiplayer. We've tested it as much as we could but online games are always challenging and there might still be connectivity or stability issues in online multiplayer.”

“The price might increase when we leave Early Access but we are still considering this decision. It depends on the quality and amount of content we'll be adding during this time.”

“In the first 2 years of development we had a small community and relied on feedback from exhibiting the game at various events. Earlier this year we ran a closed beta and it was such a great experience! We saw lots of people playing and heard what everyone liked and what they were having trouble with directly from them. We've already implemented a number of changes based on that feedback. During Early Access, we plan to regularly post updates about the changes we're making and engage our community on Discord, where we hope they'll take an active role and contribute with suggestions on how to make the game better.”

Team up with friends or allies and fight your way through hordes of alien-controlled robots that have overtaken Frankie's world of machines. Assemble your bots from the most unlikely household parts and create a party that complements each other's skills to become the ultimate gear crunching machine.

Build your Frankie by choosing a body, a head, two weapons and an engine from a variety of options. Use chainsaws, disco balls, tennis ball launchers and even a time-bending clock to get the look and playstyle that works for you. Then make it yours by unlocking skins, avatars and emotes.

In the honored tradition of twin stick shooters, Frankie's Revenge gives you challenging, satisfying combat but with unique emphasis on melee combat and experimentation. You'll need to master each part’s skills and how parts work together to survive the onslaught of Senior Cleaners, Foremen and Boilees. Only then can you even think about tackling Juicy Joe or the dreaded Le Kraque!

You can play with your friends in a local party or join others online in any mix you prefer. Or go all Rambo on those evil aliens and get revenge on your own!