A new princess joins the battle for the throne, the Princess of the North - Anastasia!

Nestled at the very edge of the Empire is the Northern Limit Territory, a frosty domain of ambitious witch-princess Anastasia. Having inherited these frozen lands from her mother, a powerful witch and mistress of the late-emperor Hellard, Anastasia’s royal lineage compels her to keep a watchful eye on the ongoing race for the Imperial throne. Wielding her powerful illusion-based magic, she plots her next step to succession… 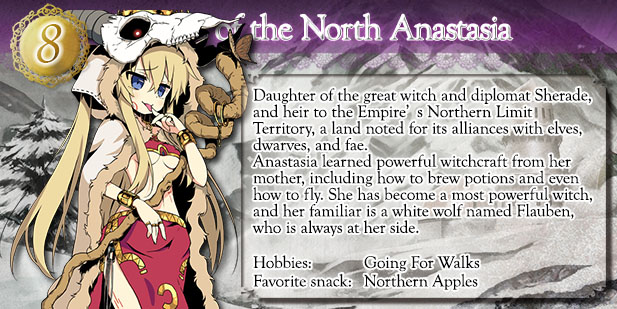