“Inkfish is dedicated to making the best game experience possible. EONWAR combines mechanics from many different genres and we realise there is a fine line between creating a coherent game progression and creating a confusing mess.

During our beta testing we’ve learned how valuable and necessary it is to keep things simple and clear from our community, and we will continue to value their input at every step of our development.

We see first hand how much of an impact our testers have had on the final product, from the inclusion of on-screen prompts to clearer explanation of the mechanics in-game that eliminates the need to refer to a game manual. This continual back and forth will remain a staple of our design process to ensure EONWAR is accessible to the largest number of players possible.”

“For at least 4 months, but depending on player feedback and the amount of features we choose to put into the final game such as local multiplayer split-screen, it may take longer.”

“We are currently tweaking all the current systems and balancing the game to ensure an enjoyable pace is experienced when playing a match. Not too short that the player is sat around waiting to join a new match, and not too long that it will discount older players that usually have less time to commit to gaming. We are striving to hit the perfect in-between balance by the time the full version is released, but that comes with some significant testing with our community.

The full version will include planetside battles (currently engagements on planetside are resolved by comparing total unit group strength and adding a touch of RNG for variation) where each player will directly control 1 of their 3 unit types at a time and fight to win the contested arena. This is currently the case for space battles, and will extend to planetside in the final version.

All faction planets will be unique in the final game. We currently have 2 implemetned, 1 in the works and 3 yet to be realised.

Other features we hope to implement include:
”

“ Core game is in and fully playable as intended for retails release, minus planet-side battles and some faction planets. The current build has a ton of control optimisations (gamepad / mouse & keys) and features such as:

“No concrete plans yet but Yes, it is likely the price will increase over the course of the Early Access period.

The most significant will likely be on release of planetside battles (largest milestone) to reflect the games content.”

“We welcome feedback from the community, typically on game balancing, suggestions and discovering bugs. We will be hosting a number of open BETA's and gathering data such as game length in order to fine-tune match progression via currency rewards for player actions; this is the main catalyst for determining match length.

Our Discord server is available for players that wish to learn more, have a suggestion or just want to feedback their experiences. We are in the process of setting up a forum on Steam to also facilitate this.

There are still a few aspects about planetside battles which will be wholly decided by the community such as limiting battle length via arbitration should it need to be addressed. Other factors relating to the PvE component where one player will take on the role of the Kollektiv and its over-powered abilities will also be tailored based on community feedback.

We are attempting some new things and as such we are also learning more about our game each day. By combining our technical knowledge with the community's feedback, we will achieve an enjoyable game that suits the grand majority of gamers.

Local-multiplayer has always been our first love, though we are waiting to gather feedback on such a feature before committing. We call on the help of the community to help us determine which format we will be developing this feature. We are currently experimenting with the idea of a supplementary smart-phone app, though such a radical feature would need to be greenlit by our community first.” 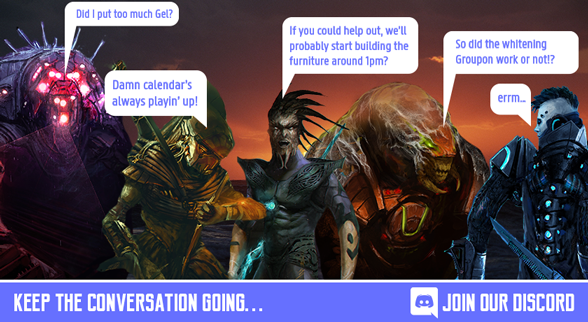 A Grand Strategy digital board-game focusing on simplicity and fun. We have stripped out lengthy text rollouts and numbers for a more accessible game experience. No number crunching or RNG's here! Just a familiar interface and good old fashioned skill. Take direct control of Infantry, Tanks, Fighters, and Transports across space and planet-side on unforgiving worlds. Absorb opponents into your great empire and subjugate them for your glory. Choke enemy supply chains and capture control points to keep the talantium flowing into your mighty war-machine and win by amassing the greatest empire or obliterate your foes with raw power.

Increase your intel to strike unsuspecting enemy commanders and kidnap, bribe or assassinate them. Place bounties to tempt your enemies into doing your dirty work while you carefully position cloaked forces at the edge of their planet. Demand ransoms for imprisoned commanders or hijack transports for a quick influx of talantium. Conquer the galaxy with a mix of card management and contextual mini-games for up to 6 players locally via LAN or online.

Build and Upgrade talantium-payload missiles to breach planetary defences and pave the way for ground forces to storm the enemy HQ. Loot their resources, widen your intel and bring your enemies to submission. Unlock 36 unique, beautifully painted commander cards with powerful contextual abilities that can change the tide of war. Judge when to call on your commanders and where to assign them, is critical to your success. Bribe, Sabotage, Capture, Kidnap, Reinforce, Scan, Mine, Hack, Shield, Cloak, EMP and Battle against your foes to ensure the continued existence of your people.

Conquer worlds to create a mighty empire and wage the war to end all wars against the unforgiving Kollektiv... or suffer the same fate as those silenced by their devastation. EONWAR: strategy war-gaming evolved.