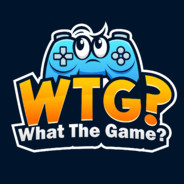 “The biggest downside to Uragun right now though is that it's a very generic experience that isn't breaking any molds, don't get me wrong it's a beautiful looking game with fast fun combat.”

“We brought the game to a state in which we believe it’s worth playing. Involving the players at this moment is the best way to make sure that we deliver a final product that is truly special. They will help us shape all the future content and fine-tune the existing one.”

“Most likely around 12-18 months. The full release will come once we consider we have achieved the intended experience.”

“The full version will extend the campaign until its closure with more missions, locations, and equipment. It will also come with extra polish and balance to the already existing content. Some of the current systems might be entirely re-worked if we observe that the game would benefit from it.”

“We think that the current state of the game already shows the kind of experience that we’re building and it offers an enjoyable taste of top-down action.
The game currently includes 25 missions set in 3 different locations. There are a few miniboss fights and one bigger boss fight. As for the available weaponry, there are 5 different weapons that can be customised with several mods plus 4 special attacks.”

“There is no decision on that yet - the price might be slightly adjusted towards the full launch.”

“We’ll be tracking all players’ feedback, on Steam forums and Discord, to make sure that we meet the Community’s expectations with every update. Additionally, we’ll be very open about our plans and communicate as much as possible the reasoning behind any substantial change. We want to create a nice space for people who love mech shooters as much as we do to express themselves and help us shape the future of Uragun.”
Read more

“The experience itself promises to be a replayable adventure.”
Screen Rant

“I have to say that Uragun blew me away. Even as an EA title, it plays incredibly smooth and has such a multitude of features and content already in place.”
Thumb Culture

You play as a charming Mech unit that has awakened to discover a world overrun by corrupted AI. In order to survive, you must master your weapons and learn how to fight back against every enemy.

The search for your missing pilot and friend will bring you to different spectacular locations where the impact of the AI upraise will be seen. You’ll encounter increasingly challenging threats that will test all your combat skills. However, there will also be ways for you to upgrade and customize your arsenal.

Levels are short, intense, and tightly measured challenges designed for you to experience a fast-paced and dynamic combat system. Hiding is not a valid strategy. The different enemy attacks will push you to move all around the map trying to identify their weakness and respond with lethal attacks.

As you play, new weapons will unlock, ranging from shotguns and auto-rifles to plasma boomerangs and rocket launchers. Each weapon can handle better different situations and enemies: some are devastating against big swarms of enemies while others are better suited for heavily armored foes. You can equip them in pairs and experiment to find your favorite combination for every occasion.

Your possibilities don’t stop there. Apart from weapons, you can equip Heat Attacks. These special skills are powered by the orbs left behind every time an enemy dies. Using them wisely is a key element of Uragun’s combat.

Every fight will take part in a selected location of this beautiful and devastated world. Your quest will bring you to places like a deserted Barcelona, an overgrown and futuristic Hong Kong, or the mines hidden in the snowy mountain rifts of North America.

GUN THEM DOWN. ALL OF THEM.