Sand is the Soul

Sand is the Soul
Developer
MGP Studios
Publisher
No Gravity Games
An unusual adventure game with combat and RPG elements. Everything you do has a result and the so-called right choice does not always lead to good. Accept the consequences of your decisions and explore, fight, die or go mad in the gloomy post-punk Victorian lore of Crosshill.
All Reviews:
No user reviews
Release Date:
Developer:
MGP Studios
Publisher:
No Gravity Games
Tags
Popular user-defined tags for this product:
Action Adventure RPG Indie Beat 'em up Dark Fantasy Choices Matter Difficult Fighting Dark Early Access Souls-like Blood
+
Reviews
All Reviews:
No user reviews 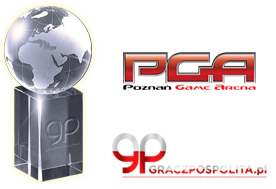 “Sand is the Soul is currently fully playable and can lead to one of the 30 endings. A first glance might give the impression that the game is a slow paced beat’em up, but looks can be deceiving...

The game can best be described as a large adventure game with combat and RPG elements. There are a living lore and timeline, moral and sanity systems where even the slightest actions may have consequences and much, much more. You will be pleasantly surprised.

I would like to address the current state of the game and its release. Recently, it has been decided to postpone the original Construct2 release of the game and wait until the planned Unity port is ready. The game ought to roll out in Q1 of 2019.


In some ways, this is a shame, since the game is already finished and fully playable in the Construct2 engine, but it’s clear that many of the engine’s shortcomings would be frowned upon by many players. These setbacks mainly include the following:

-The Construct2 engine unloads all assets into the RAM from the beginning: There is no way to get around this. This makes the game significantly more resource heavy than it should be and would lock out older computers from being able to even boot the game.

- Loading time: Due to the issue mentioned above, the initial loading time can take a while. Considering the fact that the game has a very large amount of assets, animations, etc, this could take up to a few minutes on regular HDDs.

- Steam overlay issues: Running the game via the Node Webkit in combination with the aforementioned boot from a batch file causes a compatibility issue with the Steam overlay. There would have to be a compromise between achievements not working at all or the Steam overlay showing up.

- Bootup workarounds with the splash screen: At the initial asset unload, there is no visible indication that the game is loading, which could lead to confusion or frustration. A workaround was implemented but wasn't pretty as it was made via a batch file, loading up a few windows at the startup.

- Video card hassle on devices with integrated graphics and GPUs: If your computer has 2 graphic cards, (a GPU and an integrated chipset - mainly an issue with laptops, all-in-one setups, etc) the game would boot without the GPU, resulting in very bad performance. There is a workaround but it needs to be done from the video card settings and by forcing the GPU. I think this hassle would not be accepted by many players.

All these issues will be resolved and shouldn't pose an issue in the Unity engine, so I believe this is a change for the better.

I am sorry for the delay. I really wanted to share SitS earlier with you, but a Unity release will hopefully grant everyone a much smoother and hassle-free experience.”

“An estimated 5 to 7 months will be needed to port the game to Unity.
Early Access is planned for the duration of the porting period and this may vary depending on work progress. Once the port is finalised with the current updates from the Early Access version, the game will leave Early Access.”

“The initial Early Access release will include a portion of the game with some paths/endings blocked until they have been fully ported from the original Contruct2 build and tested.

The full game released on the Unity engine will offer the whole game as well as all the adjustments and tweaks made during the Early Access phase.

The full game will also be available in 2 versions, with and without the original soundtrack.

Early Access backers will receive the OST for free.”

“The game is currently finished and fully playable in the Construct2 engine. However, the state of the initial Early Access version in the Unity engine will be provided when the Unity engine beta version is ready and playable. It is safe to say the game will feature a significant chunk of the game - large enough for players to achieve a few endings and test out the possibilities and relations to the lore.

The game is finished and fully playable in English. Translations into other languages are currently in progress and will be added during Early Access. Achievements are being debugged and will be activated shortly after release, depending on the chosen start method by the community.”

“With the new game engine and additional features and tweaks, the games price will be a bit higher after Early Accsess. The version with the Soundtrack is planned to cost a little bit more, with Early Access backers receiving it for free.”

“What we can do together

The idea is for players to try out the game in Early Access, report bugs and leave feedback for me to address so I can adjust and tweak mechanics. Let’s just to keep it realistic, though. The most popular requests will be addressed. I will be counting on keeping in contact with the community to deliver the best game it can be.

Hope to see you in Crosshill soon!”

Description:
Sand is the Soul is an adventure game mixed with combat and RPG elements. Venture through the decaying Victorian post-punk autonomy of Crosshill. Fulfil your mission as a diplomatic messenger with an attaché of utmost importance... or not.

The choice is yours

You can choose to go AWOL, take part in a coup d'etat, be a junkie addicted to the Sand, get killed by an angry lover, screw everyone and overthrow the ruler and become a despot, and much, much more... Your actions will define your tale so choose wisely, for at no point will the game judge your actions. Depending on the ending you achieve, you will be rewarded with cheats you can use in the New Game+ mode. 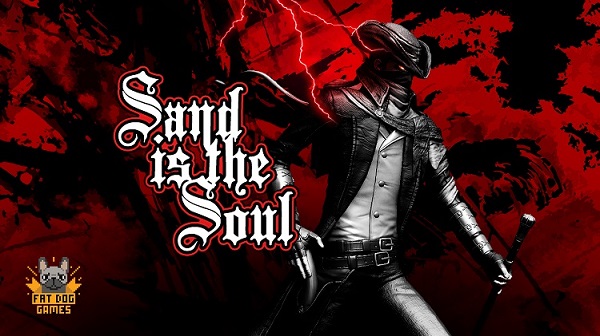 Prepare for the challenge

Sand is the Soul is made entirely by one person so it's important to keep your expectations realistic. I put a lot of hard work and effort into making the game the way it is and I’m fully aware that it’s not for everyone. Sand is the Soul isn't a mindless button masher, nor is it a casual, basic side-scroller. The game offers many features but they are seldom highlighted. You have the freedom to explore and experiment with the world. Be patient, be curious, be ambitious and you will be rewarded.

The game has a very specific graphic style. With its trippy backgrounds and stark contrasts, there is no denying the visuals are an acquired taste. Check out the screenshots: do you like what you see? In addition, Sand is the Soul has a dedicated soundtrack made to fit what is happening on-screen, so in many cases the music changes dynamically.


This is my design. I hope you’ll like it.
Bronson

PLEASE NOTE! THE GAME COMES WITH A MANUAL. IT IS CRUCIAL TO READ IT BEFORE PLAYING THE GAME.