Semblance
Developer
Nyamakop
Publisher
Good Shepherd Entertainment
Semblance is an innovative platformer with deformable terrain, set in a beautiful minimalist world. It’s a game that asks, what if you could deform and reshape the world itself? Semblance takes the idea of a ‘platform’ in a platformer and turns it on its head.
All Reviews:
Very Positive (218) - 88% of the 218 user reviews for this game are positive.
Release Date:
Developer:
Nyamakop
Publisher:
Good Shepherd Entertainment
Tags
Popular user-defined tags for this product:
Indie Casual Action 2D Platformer Puzzle Platformer Adventure Puzzle Side Scroller Colorful Cute Family Friendly Minimalist Great Soundtrack Relaxing Fantasy Atmospheric Mystery Nonlinear Multiple Endings
+
Reviews
All Reviews:
Very Positive (88% of 218) All Time 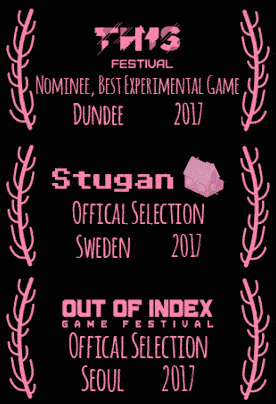 “In a year with more than a few solid platformers, Semblance still manages to stand out.”
9/10 – Destructoid

“A slight but smart adventure it's hard not to be charmed by.”
[Recommended] – Eurogamer

“This is a properly good debut from South African developer Nyamakop, and a genuinely interesting take on puzzle platforming.”
Rock, Paper, Shotgun

Semblance is an innovative platformer with deformable terrain, set in a beautiful minimalist world. It’s a game that asks, what if you could deform and reshape the world itself? Semblance takes the idea of a ‘platform’ in a platformer and turns it on its head. What if platforms were actually part of the gameplay, part of the way you solved problems?

Explore a world where the default is soft, where the property of 'hardness' doesn't exist. Each of the game's three worlds explore a new consequence of a planet that can shift, change and deform. Beat back the strange, crystalline infection of hard material by freeing the world's life essences and uncover the dark cause for its appearance