“Zoo Strikers takes classic multiplayer game-modes and combines them with 3rd person platforming gameplay, all in 5v5 matches. A large portion of development will just be balancing weapons, characters, maps and more, all while developing an ongoing in-game story for players to participate in.”

“Much more maps, new items, guns, clothing, characters. Balanced weapons, level up and experience system, in-game story. As well as a new game-mode. Which is still in an early state of development, more information will be released about the new game-mode when it is ready.”

“The early access version will be playable, with player movement fully finished, the player hub mainly finished as well as early game cutscenes implemented. Matches will most likely be unbalanced and need a large amount of tweaking. NPCs will be in the player hub, however enemy NPCs will not be in the early access version. All matches are PvP with players able to leave and join game lobbies as they please. Players will be able to buy clothing for their characters and all clothing will save over to the final version. You can follow the development of Zoo Strikers on our development twitter @MikMikEternity .”

“Zoo Strikers is free and will remain free after it leaves early access.”

“Zoo Strikers keeps a close relationship with its community and players. They will play a large roll in the development of the online systems and balancing of the game, and we take all feedback we can. We are excited to see what ideas come from the community. We engage always on our @Bearfelf and @ZooStrikers instagram pages as well as the main development blog @MikMikEternity on twitter. We encourage every type of feedback and we hope the community will help us make this into the game we've always envisioned!”
Read more 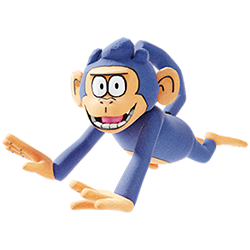 "This game has Bearfelf and its FREE" - Joe David
Zoo Strikers is a 3rd person platformer / team-based action multiplayer game, featuring none other than Bearfelf himself. After years of development, Bearfelf has created a video game for you to play with him.

Your Character, Your Way
Choose which animal you will play as and customize their weapons, shoes, shirts, hats, glasses, and more. Level up and earn some cash from Bearfelf to help you grow your collection.

Team based fighting for FUN
Zoo Strikers aims to make having fun it's priority, with game modes like Bomb defusal, capture the flag, team death match, and gameplay like a classic 3rd person platforming game, the matches are fast, confusing, and crazy.

More to come
Right now we are only in at the alpha stage of development, so theres still lots more to be made, changed, rearranged! We hope you stay tuned and stay excited for whats to come.
"Theres a lot more to Bearfelf then you can see with your eye ball." - Josh