Awards
Awards
The original Half-Life version of the game won ModDB Sports Mod of the Year for three years consecutively between 2004 and 2006. As well as this, it featured in a number of European PC gaming publications. 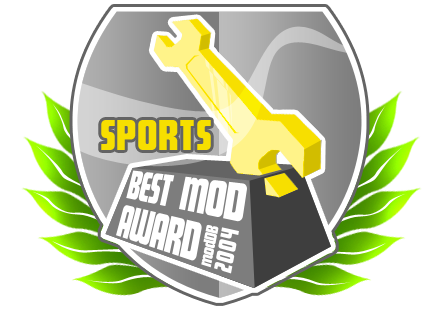 “The game is in a good state in our opinion, but it's not yet where we want it to be for a full release. We feel like it's time to finally go public to attract more players, asset creators and developers to bring the game to its full potential.”

“This heavily depends on the number of volunteer contributors we can attract and how much time they will be able to spend working on the project. Once we have a version that satisfies our standards and goals, we will release the full version. Development will continue after this to further improve the game over time.”

“Here's a list of what we currently have in plan for the full version:

“Please see the "about this game" section for features that have already been implemented.”

“The game is and will stay free.”

“The game has been heavily community driven since its original release 15 years ago. We're constantly in contact with the players through Discord, the forums and in-game. Every player has the chance to get their voice heard and steer development in the direction they feel is best for the game.”
Read more

IOSoccer is a free non-commercial competitive third-person online multiplayer soccer game that offers unparalleled freedom in ball control and gameplay depth. Originally released 15 years ago under the full name International Online Soccer as a Half-Life mod, the game was later ported to the Source Engine and re-released in 2008. Since the last public release, the game’s code has been completely rewritten, new player models created, and countless new gameplay features added.