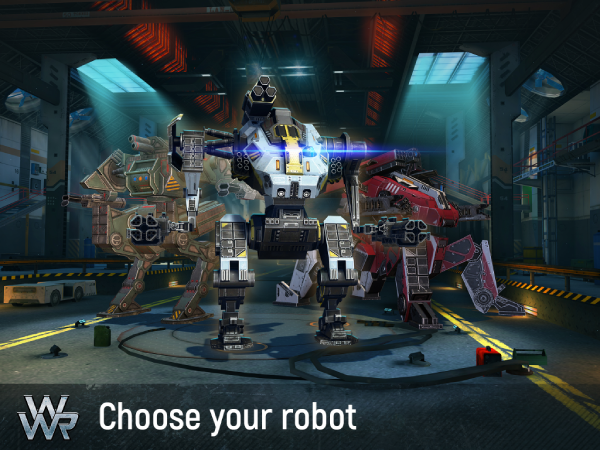 The best shooting battle robots are waiting for you in the war robots game! Join to free robot wars!

Join epic game shooting multiplayer against rivals from all over the world and show them who’s the smartest, fastest, toughest mech around!
Become stronger — and prove yourself as the best free robot games commander in the WWR! Mankind has learned to create huge war robots called "mechwarrior". Immerse yourself in the world, and multiplayer shooting games and champion among rivals!

Enter the battle and challenge with the enemy mech warrior! Challenging decisions, tricky maneuvers and tactical tricks are waiting for you!
But remember: the most formidable enemy is you yourself!

The battle mechs present who has real steel has incredible power, that help him survive, since it stores energy in its magnetic field when current flows.

Upgrade your mechwarrior and become the best shooting fighter. Increase movement speed, maneuverability, firepower, and armor in the mech battle. Earn the highest score on the battlefield! Invite your friends in the game and fight alongside them, with world war robot games for free!

Features WWR walking robots:
• Dynamic online pvp and nonstop action that never lets you catch your breath
• Modern 3D graphics!
• Various upgrade modules for war bots!
• Lots of camouflage and decal types
• Intuitive controls that will be appreciated by novices and hardcore gamers alike
• Chatting, allowing you to communicate with players from one country
• The best mech bots games in the genre of shooters!

Join our fan communities:
• Stay on top of the latest updates of the gun bots!
• Compete in tournaments and take first place on the leaderboard!
• Earn all the rewards and share your achievements with your friends on Facebook

For a comfortable game, you need an internet connection.