You’ve found yourself inside a futuristic laboratory with no memory of who you are or how you got there. You begin to wonder - are there others like me?Find your way out of the confines of the laboratory and unravel the story to understand what’s going on.
All Reviews:
Mostly Positive (66) - 78% of the 66 user reviews for this game are positive.
Release Date:
Developer:
STUDIO HG
Publisher:
YJM GAMES
Popular user-defined tags for this product:
Action Adventure VR Shooter Puzzle First-Person FPS Anime
+

“...a bold art style that does a great job of evoking the cyberpunk meets retro-futuristic art style”
UploadVR

“One of the things we enjoyed while playing the game was being able to dual wield the energy swords which makes it easier to kill your enemies. Overturn also makes it pretty simple to switch from one weapon to the other which we enjoyed. Having quick transitions in VR is a welcoming feature that makes gameplay a whole lot easier.”
8.1/10 – VR And Fun

You’ve found yourself inside a futuristic laboratory with no memory of who you are or how you got there. You begin to wonder - are there others like me?

Find your way out of the confines of the laboratory and unravel the story to understand what’s going on. You’ll meet Magi, a mysterious girl with a dark history equipped with special skills and abilities during your journey - work together to escape and reveal the secret of OVERTURN!

OVERTURN is a first-person shooter (FPS) action-puzzle adventure game developed specifically for Oculus Rift and HTC Vive, offering players a chance to experience an immersive action-packed VR world. Choose from an extensive arsenal of weapons to destroy your foes, from beam rifles, swords, or even your bare fists. OVERTURN’s tight and responsive combat system offers players free movement to fight and defend themselves. Enter OVERTURN to experience the ultimate action experience within a dangerous fantasy world filled with towering bosses and a story that will keep you playing until the very end. 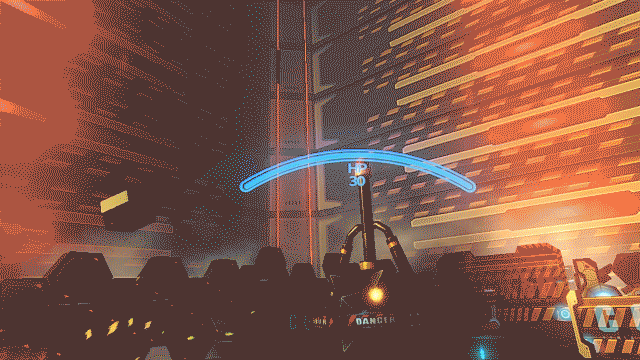 Meet Magi, your companion throughout your journey! Magi possesses special skills and abilities that can assist you during your mission to escape the laboratory. Still, questions remain - who is Magi really, and can you ultimately trust her?

• Multiplayer - PVP ARENA MODE: Join other players and step inside the competitive multiplayer modes for up to 6 players. Survive till the end and be on top of the world rankings!