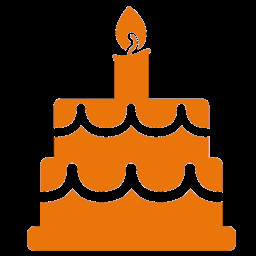 “Early Access grants us an immensely useful tool that we would not have access to otherwise...you! Early Access allows us to work with the community while we continue to make progress on Stone Rage, your feedback will help guide us. Stone Rage has been a labor of love for the development team and by including all of our fans, we can really focus on what matters to our community and make Stone Rage the game we all want it to be.”

“Our goal is to have Stone Rage out of Early Access in Q4 2021 months or less. However, we plan on continuing to support Stone Rage long after with continued bug fixes and content additions if the game upkeeps itself.”

“Throughout Early Access we will be adding new content that will change the way you play. We have our foundation established and we will continue to build onto it. Aside from new content, there will loads of bug fixes, performance improvements, small design tweaks, stat changes and much more under the hood features that will overall improve your experience with Stone Rage.


While we have a good grasp on the direction we want to go and the features we want to add, we are always listening to our fans. Our primary goal is to make Stone Rage fun, we want you to enjoy playing our game. We want to hear what you would like to see in Stone Rage.”

“Stone Rage is entirely playable and stable. While we don't yet have every feature included that we have planned, Stone Rage is still a large game with a multitude of gameplay features. Not all of those features are 100% complete but we will continue to polish and adjust throughout Early Access.

You will, however, be much more likely to encounter any potential bugs while we continue to add, fix and just generally change things around. As we continue development we will be constantly fixing any issues our team or yourself discover which should lead to a cleaner and more enjoyable experience.

“We plan on increasing the price of Stone Rage over time as we continue to update and add more value. We will be engaging with the community to determine a fair price point for everyone.”

“Transparency is a primary concern for us. We want the community to know what we are working on, when we plan on making it available, and how it will affect Stone Rage. Our developers and community manager will attempt to maintain constant contact with our fans through multiple channels including the official Stone Rage forums. It is through these channels and your feedback that we will be able to determine the most pressing issues and most requested features. Join our Discord community for communication with the devs!”

Stone Rage is a prehistoric open-world survival game based on the world of the Pleistocene era. Players will find friends and create enemies as they struggle for survival through a prehistoric landscape filled with dangerous animals, scarce resources, and a harsh climate. Scavenge for materials to craft strong or cunning weapons, perfect for securing your next meal or destroying your enemies. Explore the lands for rare materials needed to craft weapons strong enough to face the mightiest beasts of the Pleistocene.

Build powerful summoning circles and pray to the spirits to guide you. Choose between a stalking saber-tooth or a magnificent mammoth and walk the land through their eyes. Join tribemates on the hunt as a formidable beast.

Watch dawn break and night fall over multiple unique biomes in our over 30 square kilometer Open World map. Journey from lush, coastal jungles to sprawling deserts to towering forests. Discover oases and looming stone formations on your quest for a home.

Play as an early human ancestor, the Cro-Magnon, or a relic of the past, the Neanderthal. Watch your back for cunning saber-toothed cats that have hunted your kind for centuries. Coordinate hunting parties to fell lumbering mammoths for their precious ivory.

Your life as a prehistoric human will not be easy. You will need food, water, and shelter. Your diet will consist of what you can forage and hunt. Berries, cactus fruit, coconuts, and grubs will all be familiar staples. Rarely, you will have access to precious meat from hunting. The easiest quarry for a young hunter is deer, whose fleet hooves and vigilant ears will still prove a challenge to the inexperienced. Beware, for when on a hunt, you may easily become the hunted!

Scour the environment for precious materials needed to survive in a prehistoric world. Fashion primitive clothing and protection from fiber, hide, and fur. Craft the tools that set Homo Sapiens apart from their hominid ancestors. Gather bone and stone to create weapons for protecting yourself against both beast and man. Make packs of increasing capacity to transport your spoils back to your base to utilize the many crafting stations necessary for more advanced materials.

Home is where the hearth is. From pre-modeled huts to custom-built fortresses, from fiber walls to stone, what you make of your home is up to you. Make claim to an area with claim signs and defend it with fortifications. Design unique layouts and furnish interiors with lighting and storage.

Our game "Stone Rage" will feature mature content that can typically be found within survival games such as gore, blood textures/decals, and, in future updates, there will be partial limb dismemberment. However these limbs will not be highly detailed and will de-spawn/disappear rather quickly. Stone Rage also has the player start on a beach entirely nude. Additionally, there will be options to censor intimate/private areas with undergarments in the options menu.