Bomb Royale is a game where different bears with unique style try to destroy their opponent by using dynamite and special power in different arenas and try to sit on the throne.
All Reviews:
Mixed (43) - 65% of the 43 user reviews for this game are positive.
Release Date:
Developer:
Onur Doğan
Publisher:
Onur Doğan
Popular user-defined tags for this product:
Casual Indie Strategy Early Access
+

“We have a lot of great ideas about this project. Steam Early Access will help us develop the full game and make our ideas happen. We are also excited for any feedback/suggestions you may have.”

“If all goes well, we're planning to exit Early Access in a year.”

“Currently, Bomb Royale has 2 modes. Deatmatch mode which you can play online or with bots and 20 level Single Player campaign.”

“We're very open to feedback, ideas and suggestions from our community. We will also interact with community discussions and answer any questions you have.”
Read more

Don't be fooled that they're cute. You should be afraid of the cutest. Silence prevails before the storm... Dynamites are ready. Fuse has ignited. You can get stuck somewhere. Move early and destroy them! Welcome to "Bomb Royale".

Bomb Royale is a game where different bears with unique style try to destroy their opponent by using dynamite and special power in different arenas and try to sit on the throne. 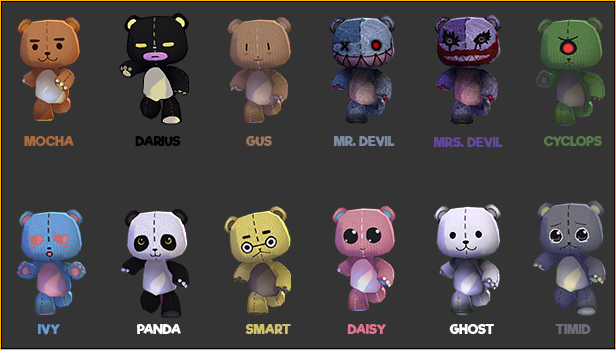 In the beginning we have 12 different characters that we have prepared for you. Of these, Mocha, Darius and Gus are ready to play.

How do we play other characters?

Do not be afraid! No micro payment. You'll be rewarded with gold for every win and every kill score. You will have the right to open the new characters with the gold you have collected.

Keep in mind! Even though it's not an middle age Rome Arena, it is still an arena. The weather does not affect the bottom of the fur, but your opponent will affect you. Chase or get chased..

YOU'VE ONLY ONE WEAPON

There's no room for claws here. The only rule is to use dynamite.

We have some obstacles with your opponent. Apart from fixed walls, we have obstacles such as boxes and glaciers. Apply your tactics accordingly, don't get trapped!

We can get you some help on the road to first place. These benefits will also increase the competition in the arena. There are four kinds of special power-up boxes for now. These special powers can come out of the boxes you broke in the arena. So what are these power-ups?

It allows you to put more than one dynamite when acquired.

Increases range of the dynamite.

Increases the movement speed of the character.